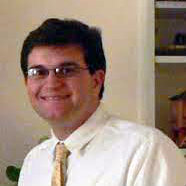 Professor Eric Falci, University of California, Berkeley, will give a lecture "Northern Irish Poetry after the Troubles” on Friday February 28th at 3:30 pm in 424 Flanner Hall. Eric received his Ph.D. at the Graduate Center of the City University of New York in 2010 and his work focuses on Poetry, Irish and 20th and 21st century British Poetry. His book on contemporary Irish poetry, Continuity and Change in Irish Poetry, 1966-2010, traces the evolution of some of the most exciting poetry written since World War II, including that of well-known Irish poets such as Paul Muldoon, Ciaran Carson, Seamus Heaney, Medbh McGuckian, Michael Longley, and Nuala Ní Dhomhnaill.  Other publications include “Translation as Collaboration: Ní Dhomhnaill and Muldoon” in the Oxford Handbook of Modern Irish Poetry (Oxford UP, 2012); “Reading in the Gutters” in Modern Irish and Scottish Poetry: Comparative Readings (Cambridge UP, 2011); “Meehan’s Stanzas and Irish Lyric After Yeats” in An Sionnach: A Journal of Literature, Culture, and the Arts (Spring 2009); and “Space, Place and Landscape” in the Blackwell Companion to Contemporary British and Irish Poetry (2009).