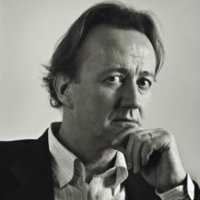 Historian Roy Foster, Hertford College, Oxford presents a lecture "Making a Revolutionary Generation in Ireland, 1890-1922" on Friday, September 26th at 4PM in the Rare Books Room, Hesburgh Library.  One of Ireland's best known and influential historians, Foster is the author of the impactful Modern Ireland, 1600-1972 which provides an understanding of Ireland's history and a two volume biography of W.B. Yeats.

Currently Carroll Professor of Irish History, the only endowed chair in Irish History in Britain, he formerly was Professor of Modern British History at Birkbeck College, University of London and is recipient of many honors and awards, including named Fellow of the British Academy, the Royal Historical Society,the Royal Society of Literature and an honorary Member of the Royal Irish Academy.