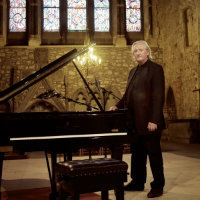 Mícheál Ó Súilleabháin is an Irish musician who holds the Professorship of Music at the Irish World Academy of Music and Dance, which he founded at the University of Limerick. As a pianist he is widely acknowledged as having originated a unique Irish piano style out of an Irish traditional music base. Ó Súilleabháin has given concerts around the world and has released more than 10 CD recordings of his own compositions and arrangements performed by the Irish Chamber Orchestra under his direction.

In this recital lecture, Ó Súilleabháin will explore Chief O'Neill's personal collection of music which he donated to the Hesburgh Libraries. Captain Francis O'Neill (1848-1936) was Chicago’s chief of police from 1901 to 1905 and was a great collector of Irish music. He gave his library of Irish history—or, as he called it, “Hiberniana,”—to the University of Notre Dame in 1931. The O'Neill Collection includes all the important books on Irish music of the 18th and 19th centuries. 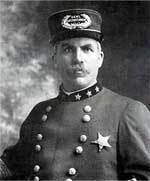 Following the lecture, please join us for a reception hosted by the Hon. Aidan Cronin, Consul General of Ireland, in Rare Books and Special Collections (102 Hesburgh Library).

Irish writer Patrick McCabe, author of The Butcher Boy (1992) and Breakfast on Pluto (1998), both shortlisted for the Booker Prize, will be present at the reception for the announcement of the Hesburgh Libraries' acquisition of his papers.

The reception will also celebrate the recent publication by the Notre Dame Press of Coire Sois, The Cauldron of Knowledge: A Companion to Early Irish Saga by Tomás Ó Cathasaigh, the Henry L. Shattuck Professor of Irish Studies in the Department of Celtic Languages and Literatures at Harvard University.

Sponsored by the Cushwa Center, the Keough-Naughton Institute, the Hesburgh Libraries, and the Consul General of Ireland in Chicago.

All events are free and open to the public.