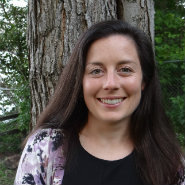 Kara Donnelly will give a lecture“Contemporary Irish Novels and World Literature in English: The Case of the Irish Booker” at 3PM Friday, November 7th in 424 Flanner Hall.

Donnelly is a Ph.D. candidate in the English Department at Notre Dame where she is a University Presidential Fellow.  Donnelly received her B.A. in English and French from Wellesley College in 2006 and her M.A. in English from New York University in 2010. Kara studies post-WWII fiction from Britain and the former British empire with a focus on the role of cultural institutions, specifically literary prizes, in the circulation of literary texts and the construction of a contemporary canon. She is currently working on her dissertation, entitled “The Booker Prize and Popular Postcolonial Literature,” under the direction of Professor Declan Kiberd. Her article, “Metafictions of Development,” is forthcoming from the Journal of Commonwealth Literature.