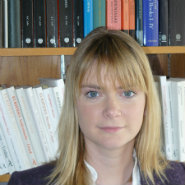 On Friday, February 6th in 424 Flanner Hall the Keough-Naughton Institute for Irish Studies presents Isabelle Torrance, Associate Professor of Classics.  Professor Torrance will speak to “The Greek Tragic Family on the Irish Stage.”

Professor Torrance specializes in archaic and classical Greek literature and culture, especially Greek tragedy and religion. She is also interested in the reception of classical myth in later literature. In her teaching she aims to combine broad understanding of different literary genres, and what they tell us about Greek culture, with close textual examination and critical analysis, prompting connections to be made between specific topics and universal issues of the human condition (as related to e.g. the horrors of war, the place of religion in society, the recognition of ethnic difference, gender and class inequalities, dysfunctional family relationships, the corrupting nature of absolute power, the psychological impulses that drive humans to commit horrendous crimes.)

Professor Torrance is writing a book on Greek Tragedy and the Irish Imagination.