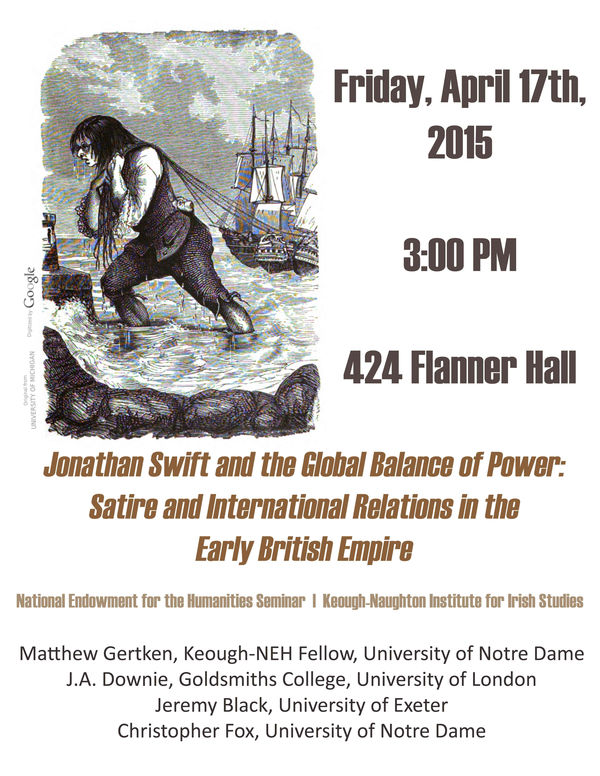 On Friday, April 17th at 3:00 PM 424 Flanner Hall, the Keough-Naughton Institute for Irish Studies presents its National Endowment for the Humanities Seminar: “Jonathan Swift and the Global Balance of Power: Satire and International Relations in the Early British Empire.”

Matthew Gertken earned his Ph.D. in English from the University of Texas, Austin in 2013.  His dissertation, “Jonathan Swift, Sir William Temple and the International Balance of Power,” examines Jonathan Swift’s foreign policy writings in an effort to understand the “intersection of culture and international relations in Britain and Ireland in the Restoration and eighteenth century.”   As Keough-NEH fellow, he furthered research that Swift’s Anglo-Irish heritage influenced his foreign policy thinking.