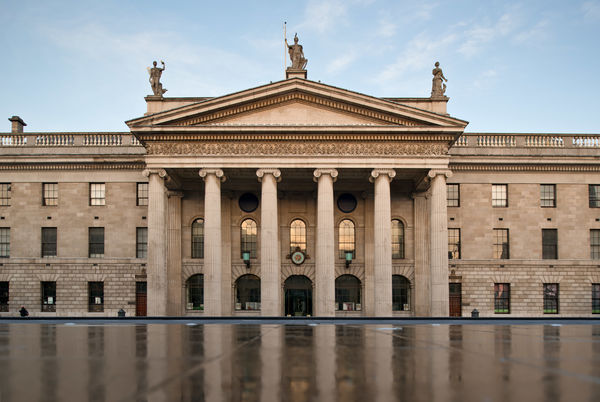 The Keough-Naughon Institute for Irish Studies has produced a documentary film, narrated by Liam Neeson, and titled “1916 The Irish Rebellion,” which presents the Easter Rising in Dublin a century ago as a pivotal event not only in Irish but in world history.

The documentary, which was written by Briona Nic Dhiarmada, Thomas J. & Kathleen M. O'Donnell Chair of Irish Language and Literature, and co-produced by her and Christopher Fox, Professor of English and director of the Keough-Naughton Institute, is the first documentary series to give a comprehensive account of the events of the Rising in Dublin and to situate them in an international context. Drawing upon a wider range of sources than has been previously available to filmmakers and researchers, “1916” concerns the first week of the rebellion as well as its aftermath, when the British response, including the imposition of martial law and the executions of many of the Rising’s leaders, effectively transformed a military defeat into a moral victory for the rebels.

The Irish government has made the film a centerpiece of its global centenary commemoration of the Easter Rising. The feature-film version will premiere at Notre Dame on March 3, 2016 and in Dublin on March 16, when it will be carried live by satellite link to 24 Irish embassies and consulates worldwide as part of the Irish government’s outreach to the 70 million people of the Irish diaspora. In March and April, PBS stations nationwide, as well as Raidió Teilifís Éireann (RTÉ), will broadcast the three-part documentary. In June, the film will be a centerpiece of the Irish Government’s Kennedy Center celebration.

In this Saturday Scholars event, Profesor Nic Dhiarmada will show a short clip of the film, and then provide commentary on both the events of 1916 and their worldwide reverberations as well as behind-the-scenes glimpses of the making of this landmark documentary.