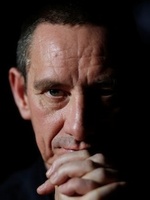 It gave him the courage to own his own story—a story he later earned the confidence and the freedom to express through drama and film.

In 1994, Magill worked with 10 IRA prisoners in H block 4 Long Kesh. They adapted Bobby Sands’ epic poem "The Crime of Castlereagh" into a theatre piece (extracts to be shown).

In 2007, he directed Mickey B, a film adaptation of Macbeth. The film was made with prisoners as cast, in Maghaberry high-security prison, and included former Republican and Loyalist prisoners.

Magill now works in forensic mental health across Ulster, encouraging people to share their traumatic stories through film. He is the artistic director of ESC (Educational Shakespeare Company) and is visiting Notre Dame to present at the Shakespeare in Prisons conference.