Sergio Kiernan is a journalist, the Sunday Editor at the national daily Página/12, and the Architectural, Preservation and Urban Affairs Editor of the weekly supplement M2. He will contrast the Irish idea of nationhood with that of Argentina and Brazil as cases of post-colonial identity--a subject that is particularly timely following a year in which Ireland has commemorated the 1916 Rebellion.

Mr. Kiernan is an advisor to the National Landmarks Commission of Argentina, a member of the International Council of Monuments and Sites, and a visiting lecturer at the University of Massachusetts, Amherst. 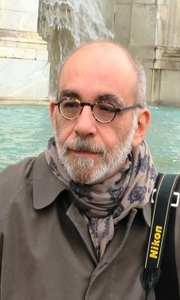 He has written extensively on Ireland and the Irish Argentine for Página/12 and SILAS.

A note about the connection between Ireland and Argentina, prepared by Faculty Fellow Diarmuid Ó Giolláin:

Already present in the region in the colonial era, the Irish came to Argentina in significant numbers after independence (1816). About half of them came from the midland counties of Longford and Westmeath, many originally recruited as shepherds, and today their descendants are estimated to number a half million, the largest Irish community outside of the English-speaking world. The community’s organ, The Southern Cross, founded in 1875, is the oldest newspaper of the Irish diaspora.

The Irish and their descendants have been prominent in all walks of Argentinian life, from military and political leaders such as Admiral William Browne (1777-1857), founder of the Argentinian navy, and General Edelmiro Farrell (1887-1980), president of Argentina in 1944-1946, to writers such as Rodolfo Walsh (1927-1977), founder of investigative journalism in the country, and noted children’s writer, María Elena Walsh (1930-2011), and to academics such as the political scientist Guillermo O’Donnell, the founding academic director of the Kellogg Institute for International Studies. Scions of the Lynch family, established in the country in the eighteenth century, included the gauchesco writer Benito Lynch (1885-1951), “Che” Guevara (1928-1967, son of Ernesto Guevara Lynch) and the eminent novelist Adolfo Bioy Casares (1914-1999). Among the prominent Argentinians educated by Irish religious are Beatriz Sarlo, one of Latin America’s leading intellectuals, and Mauricio Macri, current president of Argentina.