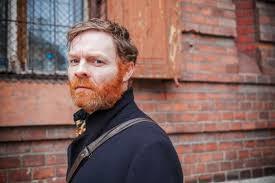 In his first visit to Notre Dame, prominent Irish writer and filmmaker Kevin McCann will screen and discuss three films:

The Boys of St. Columb's is a BBC/RTE documentary film (54 minutes) exploring the transformative effect of education on the lives of such Irish luminaries as Seamus Deane (a Keough-Naughton Institute faculty fellow), Seamus Heaney, John Hume, Bishop Edward Daly, and Phil Coulter.

Volkswagen Joe [see trailer] is a multi-award-winning half-hour drama, also produced by Mr. McCann, which was the first film ever funded by the European Peace Fund. It tells the story of a divided border community during the hunger strikes of the era commonly referred to as "The Troubles."

Mr. McCann will also share and discuss a short presentation reel of his current project, The Rising, the prequel to the historic movies Michael Collins starring Liam Neeson and The Wind that Shakes the Barley, which won the Palme d'Or at Cannes Film Festival in 2006. The Rising is co-written by James Ragan, who worked in production for Oscar-winning films such as The Godfather and The Deer Hunter.

The Rising will be the first motion picture to dramatize the heroic story of the leaders of the rebellion that led to Irish Independence. Cast members include Colin Morgan as Seán MacDiarmada, Micheál Neeson as Michael Collins, Fiona Shaw as Countess Markievicz, David O'Hara as James Connolly, and Brendan Coyle as Chief Secretary Birrell. (Please follow this link for more information on The Rising: https://www.therising.ie/.)