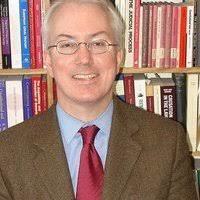 Rob Dunbar, Chair of Celtic Languages, Literature, History and Antiquities at the University of Edinburgh, holds a PhD from Edinburgh in Celtic and an LL.M. from the London School of Economics.

In his talk, he will focus on the Official Languages Act 2003, which was enacted to clarify the obligations of the Irish state in relation to the Irish language and its users. The key mechanism for doing so, Irish language schemes, was based on the approach taken in the Welsh Language Act 1993. Under the Welsh Language (Wales) Measure 2011, Wales moved away from language schemes and adopted a new and innovative model, that of language standards, and it now appears that Ireland will again follow the Welsh lead.

Professor Dunbar is working on a monograph on language law and policy for Irish, Welsh and Scottish Gaelic.

He has been involved in Gaelic language development for almost twenty years. His focus is the maintenance and revitalization of minority languages and the protection of their speakers.  He has worked with such international organizations as the Council of Europe, of which he is an expert, and the Organization for Security and Co-operation in Europe, as well as national and sub-national governments and governmental and non-governmental organizations.