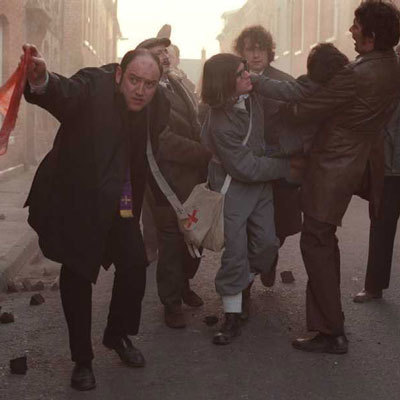 On January 30, 1972, in the Northern Irish town of Derry, a peaceful protest march led by civil rights activist Ivan Cooper (James Nesbitt) turns into a slaughter. British soldiers suddenly opened fire on the defenseless crowd, killing 13 people and wounding 14 more. Shot in typical Greengrass style to heighten a sense of reality (e.g., United 93), this film follows Ivan throughout the day as it chronicles the events leading up to the horrific incident and the bloodied, confused aftermath that followed.