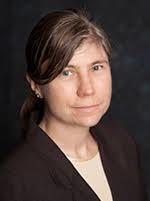 In her lecture, Professor Backus will examine W.B. Yeats' and James Joyce's incorporation of the changeling figure into germinal works of Irish modernism. She discusses this process as a response to anglicization in Ireland and as being connected to a notion of white supremacy inherent in late 19th-century British imperialism.

Professor Backus is Professor of English at the University of Houston. She has written The Gothic Family Romance: Heterosexuality and Child Sacrifice in the Anglo-Irish Colonial Order (Duke University Press, 1999) and Scandal Work: James Joyce, the New Journalism, and the Home Rule Newspaper Wars (University of Notre Dame Press, 2013).