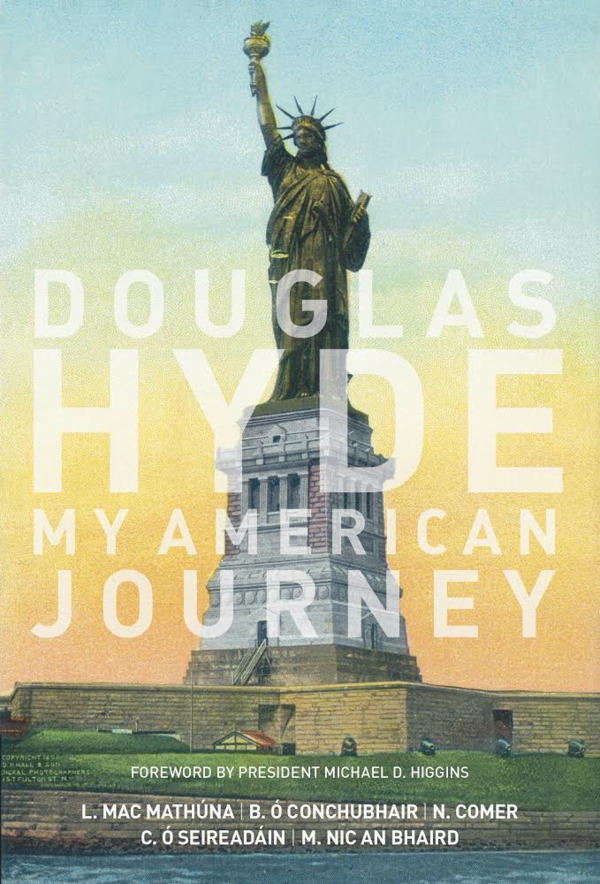 Douglas Hyde: My American Journey (UCD Press)
Remarks at 6:00 p.m. by Daniel Mulhall, Ambassador of Ireland to the United States

Join us for the Washington, DC launch!

Douglas Hyde was an Irish academic, statesman, and Irish-language revivalist who served as the first president of Ireland. This collection of journal and diary entries, first published in Irish in 1937, is a compelling first-hand account of Hyde’s eight-month odyssey through the United States in 1905. Hyde’s work on this tour, undertaken on behalf of the Gaelic League, was both culturally and politically vital. The funds he raised sustained the cultural revolution, which, in turn, gave rise to the political uprising from which Irish sovereignty would ultimately flow.

Published for the first time in a bilingual edition, complete with newly discovered archival material and extensive illustrations, this book navigates Hyde’s thoughts on his journey in their original Irish, accompanied by a faithful English translation. This study recounts an important part in the life of one of Ireland’s most under-appreciated leaders and captures an Ireland on the very brink of seismic change.

Reception with the Honorable Daniel Mulhall, Ambassador of Ireland to the United States, who will deliver his remarks at 6:00 pm along with two of the new volume's editors: