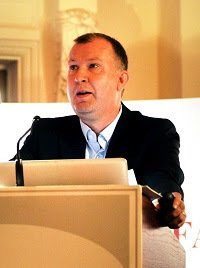 Over his long and controversial career, the question of Northern Ireland was central to his thinking about public life. His biographer, Professor Gary Murphy,  will assess his changing attitudes to "the fourth green field."

Gary Murphy is Professor of Politics at Dublin City University and a Visiting Fellow during the Fall 2019 term at the Keough-Naughton Institute for Irish Studies.