Generous external funding from the Fulbright Program, the Irish Government’s Department of Community, Rural and Gaeltacht Affairs and National Lottery has allowed us to bring in new teachers from Ireland to meet the overwhelming demand for Irish language classes. 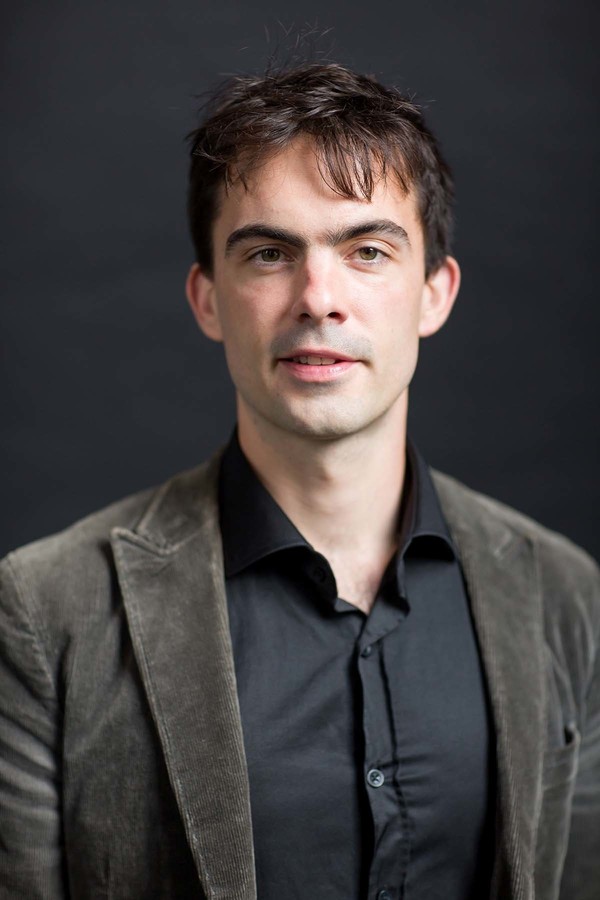 Seaghan has previously worked as Irish tutor at UL, Limerick, as visiting Irish Language Scholar at Concordia University, Montreal, and is currently the Irish Fulbright FLTA at the University of Notre Dame. Beginning his academic career at Mary Immaculate College (MIC), he graduated with a first-class honours degree in the Liberal Arts in 2009. He went on to write his master’s thesis on Irish lexicography there, and this was published by Coiscéim under the title "Focail agus Foclóireacht T. O’Neill Lane" (2013). In 2014, he began his PhD in Irish folklore, and after spending three years in the West Kerry Gaeltacht, he completed a successful defense of his thesis, with graduation having taken place last October. Currently teaching Beginning Irish 2 at Notre Dame, his linguistic interests extend beyond the Celtic languages, and in addition to his teaching workload, Seaghan is taking both German and Portuguese classes at Notre Dame this semester. Seaghan is also a talented double-bass player in the genre of traditional Irish music and is eager for opportunities to collaborate musically. In Spring 2018, he will teach "The songs and spoken word of Irish-speaking Ireland". 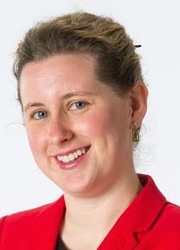 Siobhán Ní Mhuimhneacháin is a native Irish speaker and holds a Bachelor of Education from the University of Limerick and an M.A. in Modern Irish from University College Cork. As an educator, Siobhán has previously worked as a language instructor at third level in Ireland, and has spent the past number of years teaching in an Irish-medium education setting. She is actively involved in the promotion of Irish culture in Ireland, including traditional music, dance and drama forms.

While at Notre Dame, Siobhán is teaching Beginning Irish 1, facilitating a weekly language table, offering tutoring sessions to Irish language students and taking classes to further enrich her own studies. For the fall semester, she is taking a class in “Oral Narratives and the Verbal Arts” and a class in “Election 2016” from the Political Science Department. For Halloween, Siobhán led a céilí for Irish department students and also visited a local elementary school to teach some Irish dance steps. She will be travelling to Madison and Milwaukee, Wisconsin to teach at language immersion weekends, and will attend a mid-year FLTA enrichment conference in Washington, D.C., where she will represent Ireland in a cultural talent show. 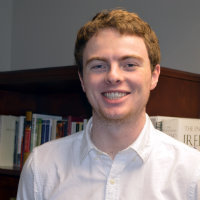 We are joined this year by Fulbright Foreign Language Teaching Assistant Caoimhghín Ó Caoláin. Caoimhghín, currently a Ph.D. candidate in local place names and dialect studies at NUI Maynooth, where he received his B.A. in civil law and Irish.  His education before that mirrored Peter McQuillan’s as they attended the same Christian Brothers primary school and Christian Brothers secondary school, in north County Louth.

The FLTA program enables the Irish Language and Literature department to teach all those interested in learning the Irish language at Notre Dame.  He teaches three Irish 101 classes and next semester will move along with his students to beginners Irish 2.  He runs an Irish language table each week and is available for tutoring. In addition to teaching, Caoimhghín is taking two classes at Notre Dame: American Political Parties and Foreign Language Teaching and Acquisition.  Caomhghín has also traveled to Madison , Wisconsin and Kansis City for Gaeltacht weekends and will be presenting a talk on Irish culture, specifically Irish music, at the upcoming Fulbright conference in Washington, D.C.

A huge sports fan, he was delighted when the Gaelic Athletic Association came to Notre Dame to play Super 11’s before the ND-USC game. He notes the crowd “was awestruck and impressed” by the game.  Promoting hurling at Notre Dame is another goal, and he is working with the GAA to acquire hurling equipment and training assistance for the Notre Dame club hurling team. He is eager to help spread the word and knowledge about the “greatest game on earth.” 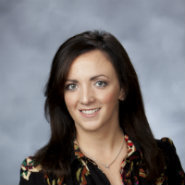 He previously held the Vera Furness Research Fellowship at the University of Ulster (2003-2006) where he worked on A Concise Dictionary of Modern Irish. In 2006 he received an IRCHSS Post-doctoral Fellowship to conduct research in the Department of Modern Irish, University College Cork, on the subject of Irish proverbial collections. He is currently a lecturer in Irish and Celtic Studies at Queen’s University Belfast (2007–), where he teaches courses on Irish language and literature, folklore studies and Irish translation studies.

While at Notre Dame, he will carry out research in the field of Irish paremiology and paremiography, and will also teach courses on Irish folklore and Irish proverb studies.

Since then Verona has combined her interests in law and language, through teaching and research. In 2007/2008, she worked with the Law Reform Commission of Ireland and is the principal researcher of the Commission’s Report on Defences in Criminal Law. In 2008, she was awarded aHigher Education Authority (HEA) Scholarship to carry out research in the area of Law and Irish language rights. She is currently pursuing a doctoral study in this area under the supervision of Dr. Siobhan Mullally and while in Notre Dame, under the supervision of Prof. Brian Ó Conchubhair. The current working title of her thesis is Exploring language rights and the role of law in the future of the Irish language.