Deirdre Ní Chonghaile is a graduate of the University of Oxford and University College Cork. She was the National Endowment for the Humanities Keough Fellow at the University of Notre Dame in the 2011-12 academic year; the Alan Lomax Fellow in Folklife Studies at the John W. Kluge Center at the Library of Congress in 2012; and the Irish Research Council Post-Doctoral Fellow from 2012-14 at NUI Galway. She is currently Research Associate with the Digital Cultures Initiative at NUI Galway, where she is working with Prof. Sean Ryder on the development of the digital arts and humanities at the university. In 2017, she takes up a National University of Ireland Fellowship in Irish/Celtic Studies at the Moore Institute for Research in the Humanities and Social Studies, NUI Galway. 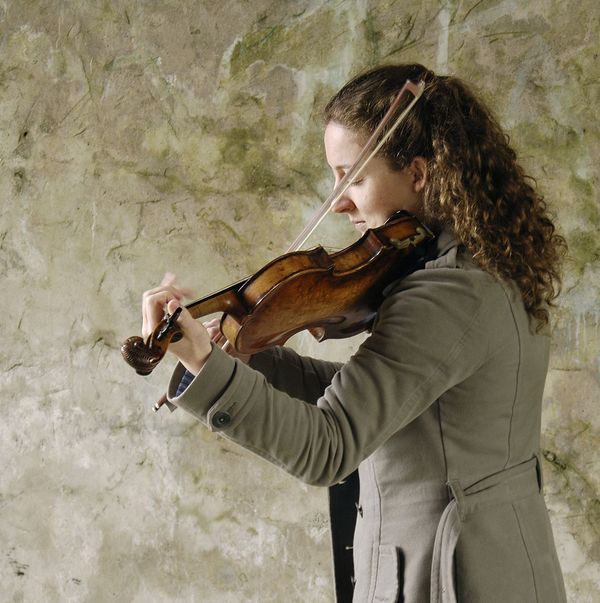 While at Notre Dame, Dr. Ní Chonghaile worked on her forthcoming book on music-collecting in Ireland. She continues to build on that research, expanding it to consider the untold story of the cultural lives of Irish-speaking immigrants in nineteenth- and twentieth-century North America for whom the practice of their native song tradition had sustained significance in their new homes. She is also exploring the potential of digital humanities to create creative access to the rich archive of Irish music and folkloric material that survives on both sides of the Atlantic. In September 2015, she contributed as researcher and performer to a Notre Dame film and recording project entitled Songs of the Passage, which arose from the University’s partnership with the Benedictine Community at Kylemore Abbey in Connemara.

Dr. Ní Chonghaile's research interests include: Irish traditional music, its aesthetics, identities and dissemination; ethnomusicology; 19th & 20th century Ireland; Irish-language literature; island studies; the shared Gaelic culture of Ireland and Scotland, and the shared folk music culture of the British Isles. She is the director of the Amhráin Árann – Aran Songs project, which aims to publish an edition of songs composed in the Aran Islands, which will be supported by accompanying CDs/mp3s and by a partner website, all of which will enable the people of Aran to create easy access to these endangered songs, to preserve them, and to present them to communities beyond Aran. See http://aransongs.blogspot.ie/.

When asked to reflect on the impact of the NEH Keough Fellowship on her career, Dr. Ní Chonghaile responded:
"Relocating my work to Notre Dame for the NEH Keough Fellowship helped to change my perspective. It helped me to consider my work in more international and interdisciplinary contexts and so to re-measure its potential contribution to knowledge. It also gifted me with formative and joyous encounters with a supportive and celebratory kind of professionalism. These experiences have become touchstones for my work. The enrichment and vitality of scholarship is a fundamental of Notre Dame’s academic and community mission and my affiliation with that tradition is a constant source of pride and inspiration. The generosity, enthusiasm and positivity of the Notre Dame family continue to infuse my work as new collaborations are imagined and born. The legacy of the NEH Keough Fellowship is hope for the future."

“‘listening for landfall’: how silence and fear marginalized the music of the Aran Islands” in Études Irlandaises. Études irlandaises 39, no.1 (2014): 41-55.

Ancestral Imprints was awarded a Certificate of Merit in the Association for Recorded Sound Collections Awards for Excellence for Historical Recorded Sound Research in Folk, Ethnic, or World music, 2013.