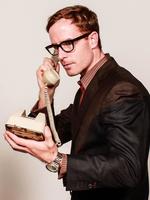 As the 2007-2008 NEH Fellow, Dr. Russell came to the Keough-Naughton Institute for Irish Studies from Trinity College Dublin. Born in Richmond, Virginia, he earned his B.A. in Archaeology and Ancient History and a Ph.D. in History from Trinity College Dublin, where he studied the impact of archaeology on historical memory and cultural politics in Ireland from the mid-19th through the early 21st centuries. Dr Russell is the author of numerous papers and articles concerning heritage studies, group identity, and the links between art and archaeology. The NEH fellowship permitted him to undertake research on the links between antiquarianism, art, and archaeology in Ireland and curate the exhibition and events programs of the Ábhar agus Meon exhibition series for the Sixth World Archaeological Congress held in Dublin in Summer 2008.

When asked to reflect on the impact of the NEH fellowship on his career, Dr. Russell responded:

"I came to the Keough-Naughton Institute shortly after finishing my Ph.D. at Trinity College Dublin on the history of archaeology in Ireland. During my Ph.D. research, I worked as an art technician at the Douglas Hyde Gallery, handling and installing work by leading Irish and international contemporary artists. The conversations I had with artists during this time transformed my thinking about visual and material culture. After completing my Ph.D., I developed my research towards exploring the creative possibilities of working on cultural heritage with contemporary artists, and I decided to become a curator as well as an academic.

"The NEH Keough Fellowship supported me at this critical time and the transformation of my research and career. It offered me time to complete critical publications to establish my academic profile and the freedom to explore new research trajectories. The main result was my opportunity to curate a contemporary art exhibition series for the Sixth World Archaeological Congress which was held at University College Dublin in 2008. These exhibitions established my curatorial career, and allowed me to apply for and win funding for innovative research projects working with academics, artists, and local communities on cultural heritage in Ireland. This work distinguished my profile and led to Brown University offering me a fellowship in Public Art and Cultural Heritage where I established international artist residencies within academic research projects and launched a major international research collaborative on Urban Cultural Heritage and Creative Practice with partners in Cape Town, Dublin, Hong Kong, Istanbul, Providence, and York. I have also published an edited volume on cultural heritage with Ashgate press. I recently completed one edited volume on the relationship between art and archaeology for Springer-Kluwer, and I am working on another for Routledge with Prof. Michael Shanks of Stanford University and Prof. Mike Pearson of the University of Aberystwyth. I am deeply indebted to the NEH Keough Fellowship and the staff and faculty of the Keough-Naughton Institute without whose support, belief, and encouragement I may never have had these opportunities."

2008 “Estranged Lands: The arts of the Peatlands” in Peatlands, Sculpture in the Parklands, Lough Boora, Offaly. 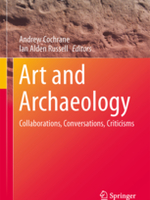