John Gibney is the Education and Outreach Officer at Glasnevin Cemetery Museum, Dublin.  He received his doctorate from Trinity College Dublin (2006) and was the NEH Keough Fellow during the 2006-2007 academic year. Dr. Gibney has researched and published widely on Restoration Ireland, Irish historiography, and the Irish Revolution. His current research interests relate to the history of modern Dublin. His role at the Glasnevin Trust involves developing a wide range of outreach, heritage, and educational programmes. 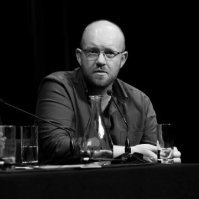 Dr. Gibney offered this reflection on the impact of the NEH Keough Fellowship on his life and career:

"I was offered the NEH fellowship by Chris Fox with the condition that I finish my dissertation at Trinity College Dublin successfully. This concentrated my mind so I did so, which meant that when I arrived at Notre Dame, I was in a position to start reworking the dissertation into what became my first book.

"My research at Notre Dame was focused on early modern history, and I enjoyed a very productive year with some fantastic colleagues and the remarkably rich resources of the Hesburgh Library. Not only did I largely complete the transformation of my dissertation into a book (Ireland and the Popish Plot), but I laid the groundwork for a far more ambitious study on the historiography of the 1641 rebellion.

"The NEH fellowship led to an Irish Research Council postdoctoral fellowship at the Moore Institute, NUI Galway, which in turn led to my second book (The shadow of a year: the 1641 rebellion in Irish history and memory). Given that that finished in 2009, mid-recession, I moved sideways out of academia and into the heritage sector and publishing, and then saw a brief return to academia before taking up my current position as Education and Outreach Officer at Glasnevin Cemetery Museum, Dublin.

"I have maintained a publishing profile, and I would say that my year at Notre Dame laid the foundations for much of that. The exposure to the wider world of Irish studies meant that a project that covered a three-year period morphed into a project that covered three centuries, and following on from that, I have recently completed a survey history of Ireland from the reformation to the Celtic Tiger, to be published by Yale University Press in fall 2017. You might say, without exaggeration, that the wonderful opportunity offered by the NEH Fellowship at the Keough Naughton Institute got quite a few balls rolling." 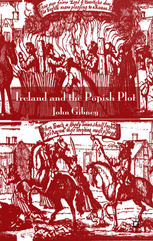