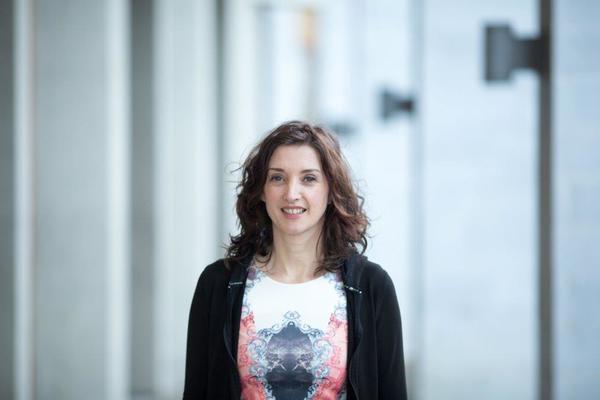 Aileen Dillane is an ethnomusicologist, music professor, and musician at the Irish World Academy of Music and Dance, University of Limerick, Ireland.

Professor Dillane co-founded/co-directs two research clusters at the University of Limerick, both of which have associated book series with Rowman & Littlefield International: Power, Discourse and Society and Popular Music, Popular Culture.

She has published extensively on the vernacular and popular musics of Ireland, the United Kingdom, the United States, and Australia. Her most recent publication is The Sacred and Profane Songs of Cecilia Curtin in Mannix's Melbourne, 1909-36 and she is wrapping up a co-edited book project, Songs of Social Protest, due out in Spring 2018, which features a chapter on Dublin singer/songwriter Damien Dempsey, along with thirty other chapters on protest songs from across the globe and from different historical eras.

Professor Dillane is a musician and performer as well as a scholar.  Her instruments are the traditional flute, tin whistle, piano, and keyboards. She has made numerous radio and TV appearances in Ireland, including on ‘Come West Along the Road’, ‘Geantraí’, ‘Guth’, and ‘Ceili House.’ (RTE, TG4, Ireland).  She is a member of the All-Ireland winning Templeglantine Ceilí Band and a former member of the Chicago-based band Anish. A sample of her music can be found here.

In Fall 2017, Professor Dillane will be the Herbert Allen & Donald R. Keough Visiting Faculty Fellow and the Moore & Livingston Faculty Fellow at the Keough-Naughton Institute for Irish Studies. Her Fall 2017 course at Notre Dame, "Critical Encounters with Irish Music in North America," explores the myriad ways in which different genres of "Irish" music have been experienced, reimagined and extended over two centuries and how music has remained central to discussions and representations of Irish and Irish-American identity. While on campus and as part of her ongoing research, Professor Dillane will work on completing a monograph on Irish music in Chicago. One important focus of that research is Chicago-based musician, collector and Chief of Police Francis O'Neill, whose papers reside in special collections in the Hesburgh Library.

This fall, Professor Dillane will both lecture and perform.

Her performances are, first, with Liz Carroll and Marty Fahey on September 25 (Eck Visitors Center, 7:00 p.m.) in An Evening of Illustrative and Interpretative Music from the Art Institute of Chicago's exhibition "Ireland: Crossroads of Art and Design 1690-1840s" and on Monday, November 6 (Legends of Notre Dame, 7:00 p.m.) in an "Evening of Irish Music" with guitarist and singer-songwriter Aidan O'Toole from the Muck Bros. and Anish and Chris Bain of the Chicago-based band bua and Anish.