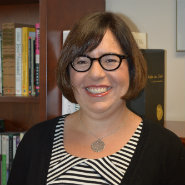 Keough-Naughton Institute Faculty Fellow Amy Mulligan has won a second prestigious grant—this one, a Fulbright—for her innovative, wide-ranging study on the poetics of Irish place across multiple periods and from different national perspectives, particularly Ireland, Britain, and Scandinavia.  Earlier this academic year, Mulligan received news of support from the National Endowment for the Humanities. [See posting of December 2015]

“Fulbright fellowships for the United Kingdom are extremely competitive,” notes Keough-Naughton Institute Director Christopher Fox.  “Only 36 awards were made for over 1,000 applications in the 2015-2016 cycle—which is a rate of only 3.5 percent.  Thus, Fulbright awards are even more competitive than the extremely competitive National Endowment for the Humanities fellowships, for which an average of 80 were funded per 1210 applications over the last five years, or a rate of 6.6 percent.  For Amy to win both of these awards is simply spectacular!”

“I am very honored to have been selected as a Fulbright Scholar,” says Mulligan. “Based on interview feedback, I believe the Fulbright Commission was particularly interested in the relevance my study of medieval national identities holds for contemporary UK discussions of migration and nationality. I’m quite pleased to be able to give the medieval Irish angle at the public scholarly forums I will join as a Fulbright Fellow.”

As Mulligan works to analyze key poetic and prose texts in Latin and the vernaculars from Ireland, Britain, and Scandinavia written from 700-1300, her focus will be exploring how place became constitutive of Irish identity, with Irish topographical narratives being deployed in what she calls “surprisingly consistent ways” across very different periods, national perspectives, and sources.

“The Irish were clearly attempting to create and disseminate a story of themselves as a unified people and, ultimately, a nation,” explains Mulligan, “but we see that various writers in Britain, ranging from Anglo-Saxon Christian historians like Bede to later colonizing Normans like Giraldus Cambrensis, also relied on a poetics of Irish place to define Britain and crystallize ideas about English identity.”

Read a follow-up profile posted on the website of the College of Arts and Letters, December 1, 2016