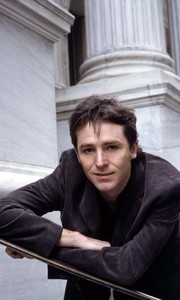 Faculty Fellow Barry McCrea, the Donald R. Keough Family Professor of Irish Studies and Professor of English, Irish Language and Literature, and Romance Languages and Literatures, has been awarded the René Wellek Prize by the American Comparative Literature Association for the best book in the past year in comparative literature.

McCrea’s Languages of the Night: Minor Languages and the Literary Imagination in Twentieth-Century Ireland and Europe (Yale University Press, 2015) explores how the decline of rural languages and dialects in twentieth-century Europe shaped ideas about language and literature and exerted a powerful influence on literary modernism.

The Wellek is generally considered to be the most prestigious prize in the field of literary studies.  Past winners of the award include Umberto Eco and Edward Said. McCrea is the first Notre Dame faculty member to win the award.

In announcing the prize at its annual meeting at Harvard University last week, the awards committee offered high praise for McCrea:

“This meticulously researched book, rendered in a haunting, lyrical style, juxtaposes a set of cases in which vanishing vernaculars inspired the linguistic strategies of literary modernism in the early twentieth century. On the basis of linguistic exegesis and close readings, Barry McCrea uncovers the longings of lost language inscribed in the poetry and prose of such modernists as Seán Ó Ríordáin, Pier Paolo Pasolini, Marcel Proust, and James Joyce. In so doing, he illuminates the literary afterlife of languages that were disappearing at the peripheries of modern urban cultures, and for the first time, places them in comparative historical and cultural perspective.

“McCrea’s study eschews linguistic-anthropological analyses or language politics that might distinguish between the rise of highbrow literature in Irish (as language revival) and the selective use of non-standard language in Joyce, Proust, and Pasolini (as dialect writing). Instead he demonstrates, brilliantly, that these phenomena were motivated by a shared impulse to find beauty in vanishing vernaculars. An affirmation of the passion and moment of the local in the metropolitan, this comparatively slim volume will have large consequences for future research in comparative literature. It is beautifully written, imaginatively conceived, and methodologically a tour de force.”

This is the first time that a book about Irish themes has won the prize.