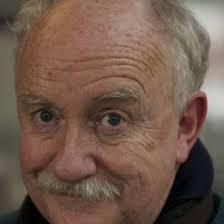 Writers have been a nation-building force in Ireland. Poets like Yeats articulated revolutionary dreams of Irish statehood. The 1916 Easter Rising, which sought to overthrow the British colonial masters, was led by people with romantic, literary visions of an independent Ireland.

But Ireland has also had a vexed, tense relationship with its writers. For decades, a national parochialism and censorious culture had Ireland closing itself off to the world and tamping down the more fervent writings and imaginings of its writers. In turn, the literature wrestled with the overbearing influence of the church and a country that seemed mired in its self-imposed cloister and poverty, both in terms of its economy and its imagination.

Listen to the podcast of Michael Enright, host of "Sunday Edition" on CBC Radio, with Declan Kiberd.