To wide acclaim, four Faculty Fellows of the Keough-Naughton Institute for Irish Studies have published new books in recent months:

Declan Kiberd:  Handbook of the Irish Revival: An Anthology of Irish Cultural and Political Writings 1891-1922

Declan Kiberd, the Donald and Marilyn Keough Professor of Irish Studies and Professor of English and Irish Language and Literature, co-edited with P.J. Mathews, Handbook of the Irish Revival: An Anthology of Irish Cultural and Political Writings 1891-1922. The Handbook was published by a new imprint founded for the purpose, Abbey Theatre Press, on June 22 and launched at the theatre with a lecture by President Michael D. Higgins and performances by Abbey actors.

The volume, which has over 200 articles and entries by such figures as Yeats, Joyce, Maud Gonne, Helena Molony, J.M. Synge,and Hanna Sheehy Skeffington, contains a wide range of essays by the editors. It has been widely reviewed in the media, featured in The Irish Times, and included in two lists of best-selling books—as a Nilssen Top Ten best-seller in Ireland in June and again in August, and all summer on the Hodges Figgis list, on which it rose to number one in August.

An American edition of the book will be published by the University of Notre Dame Press in 2016. 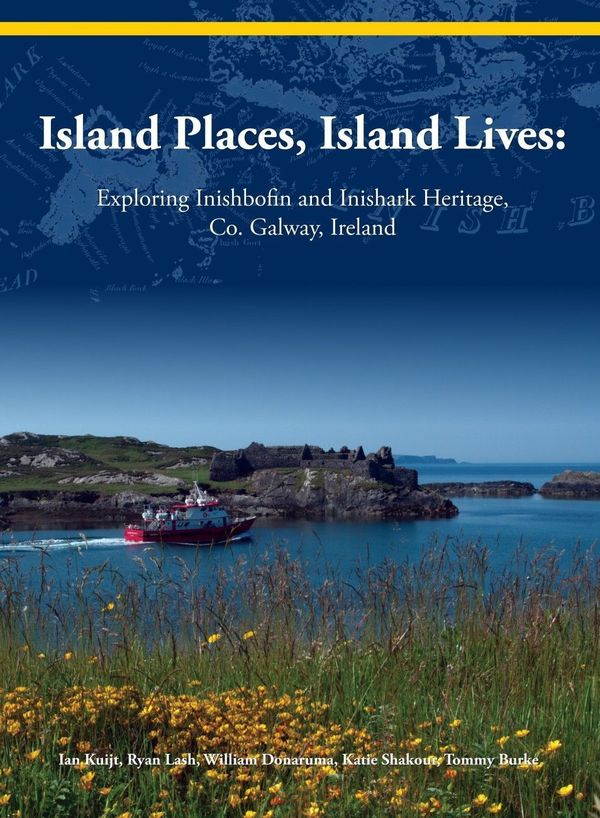 “Island Places, Island Lives provides a wealth of information and insight about Inishbofin and Inishark, two small islands off the Connemara coast. Journeying form the present day back to their first settlement in prehistory, it illustrates how the islands’ landscapes have been shaped by human activity. With evocative photographs, this guide shows the richness of island life over many generations and is essential for visitors and those familiar with these two special islands.” Gabriel Cooney, Professor of Celtic Archaeology, School of Archaeology, University College Dublin.

Barry McCrea: Languages of the Night: Minor Languages and the Literary Imagination in Twentieth-Century Ireland and Europe 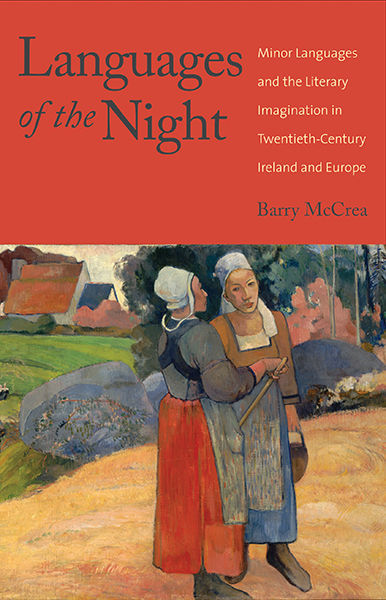 Barry McCrea, Donald R. Keough Family Professor of Irish Studies and Professor of English and Romance Languages and Literatures, published Languages of the Night: Minor Languages and the Literary Imagination in Twentieth-Century Ireland and Europe (Yale University Press, 2015).  It explores how the decline of rural languages and dialects in twentieth-century Europe shaped ideas about language and literature and exerted a powerful influence on literary modernism.

“In this brilliant, moving book, Barry McCrea deploys his astonishing skills as a linguist, novelist, and literary critic to examine the resurgence of dead and dying vernaculars in European modernism. He focuses on a neglected strand in modernism, transforming our conception of the whole, and reveals that urban European modernism was haunted by the undead idioms of its peripheries.”— Maud Ellmann, the Randy L. and Melvin R. Berlin Professor of the Novel, the University of Chicago.

The Rev. Sean McGraw, C.S.C., has published How Parties Win: Shaping the Irish Political Arena, (University of Michigan Press, 2015). It explores the ways in which Ireland’s established parties have employed multiple strategies along several dimensions to preserve their longer-term electoral predominance during a period of unprecedented economic and social change. These strategies include the institutional displacement of potentially contentious issues, the absorption and avoidance of issues along the ideological dimension, and organizational adaptation at the national and local levels.

Fr. McGraw's book was launched at Notre Dame on St. Patrick's Day, 2015 in a "Conversation" that featured the former President of Ireland Mary McAleese, Prof. Scott Mainwaring of Notre Dame's Department of Political Science and the Kellogg Insitute for International Studies, and the author.

How Parties Win: Shaping the Irish Political Arena has received strong reviews, including one by Niamh Hardiman, University College Dublin: “. . .Drawing on leading theories of party system change, McGraw zones in on the active role of parties in managing ideological, institutional, and organizational adaptation. His study adds a new dimension to understanding the Irish ‘earthquake election’ in 2011 that transformed the shape of electoral competition. This very readable book is bound to be of considerable value to scholars of party systems and comparative politics as well as to those interested in Irish politics.”