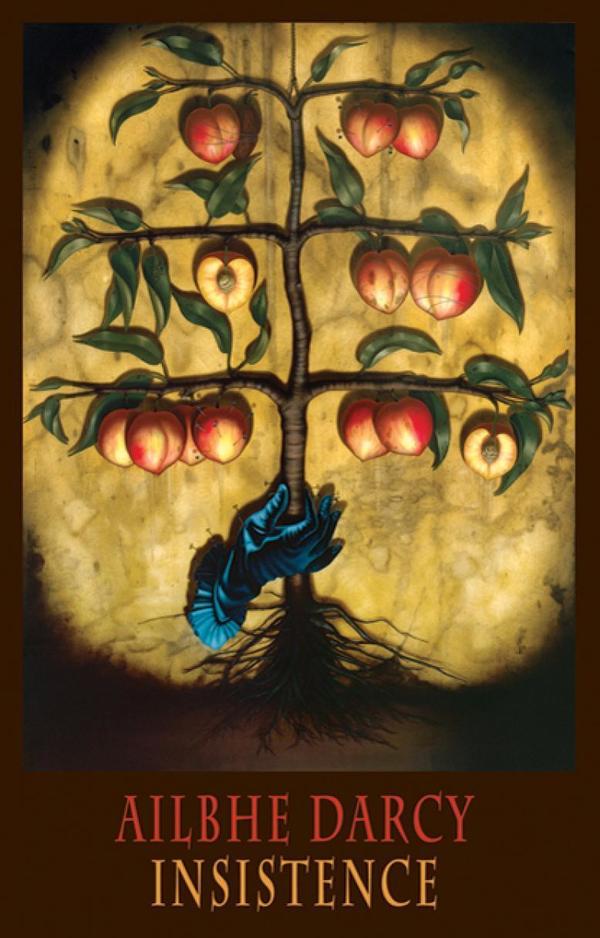 Ailbhe Darcy’s new volume of poetry, Insistence, has been shortlisted for the prestigious T.S. Eliot Prize in Poetry.

Darcy, who received both her MFA in Creative Writing from Notre Dame and a Ph.D. in English, with an Irish Studies graduate minor, now lives in Wales.  A poet, a critic, and a professor, she teaches contemporary Irish poetry and literature at Cardiff University.

In her year of graduation, 2015, Darcy was awarded the Notre Dame Graduate School’s highest prize—the Shaheen Award—in the humanities.

Published by Bloodaxe Books, the poems in Insistence were written after the birth of Darcy’s son. They describe an intimate world, in which the words “home” and “love” dominate. The private world, however, is threatened by an exterior, public one. In an era of climate change and upheaval, Darcy says, the poems take stock of the parent’s responsibility to her child, the poet’s responsibility to the reader, and the vulnerability of the person in the face of global crisis.

“I fell in love with the city of South Bend, and most of the poems in Insistence draw on the city in very obvious ways,” Darcy explains. “Snow features large. There are poems that visit the South Bend Museum of Art and the Oliver Mansion, more than one poem about our rented home on North Scott Street, and in the final long poem, I swim in the pool on Notre Dame campus, before giving birth at Memorial Hospital! But every poem in Insistence is also connected with South Bend in a quieter way, through all the conversations I had, the friendships I made, and the teachers and fellow students I studied with at Notre Dame." 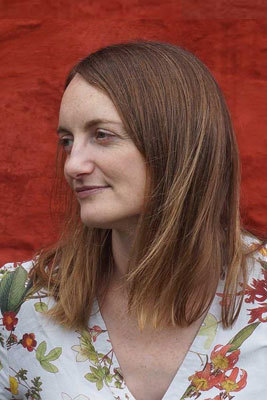 Some of the poems in Insistence first appeared in the Wake Forest Series of Irish Poetry, Vol IV, edited by David Wheatley (Wake Forest University Press, 2017).  A series that aims to bring Irish poets to an American audience, Darcy is one of five poets in the anthology.

Insistence was launched this June at the Keough-Naughton Institute for Irish Studies’ annual IRISH Seminar in Dublin.

Darcy is not a stranger to poetry prizes. A previous volume, Imaginary Menagerie (Bloodaxe Books, 2011), was shortlisted for Ireland’s prestigious Strong Award, which recognizes new poets’ collections. In 2012, a poem from that collection was featured in The Guardian as the “Poem of the Week”—one week after the editors selected a poem by Shakespeare for this same honor.

In announcing the prize, Irish poet Sinéad Morrissey, chair of the judges, said: “Poetry is a flourishing art form. We read 176 collections from a plethora of poetry publishers, both new and established, and felt privileged to listen in to such a lively, diverse and urgent conversation.”

The prize is run by the T.S. Eliot Foundation. It is the most valuable prize in British poetry, with the shortlisted poets each receiving £1,500. It is the only poetry prize which is judged purely by established poets. The winner of the 2018 Prize will be announced on January 14th, 2019.

Two of the laudatory reviews for Insistence:

“In the face of terrible knowledge, Darcy has managed the almost impossible here: a collection that, though written in time, seems to go on for all time. In Darcy’s fierce, word-shifting hands the future of poetry seems certain, even if nothing else is.”– Maria Johnston, BODY. 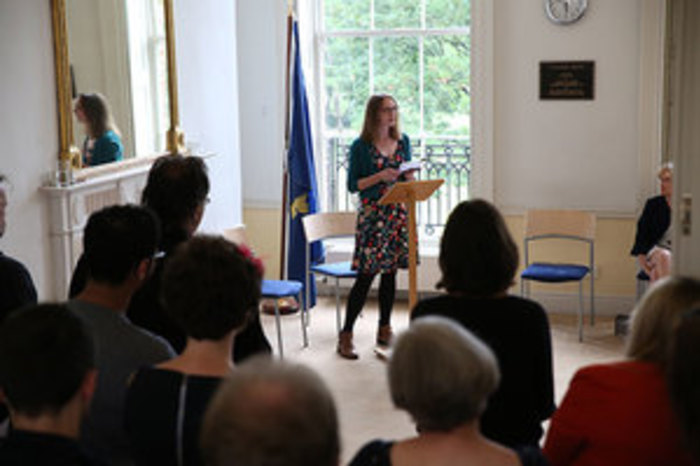 Launch of Insistence during the IRISH Seminar, Dublin, June 2018