This year, for the first time, the seminar met outside of Europe—in Buenos Aires, at the Institute for Economic and Social Development.  The theme:  Peripheral  Modernities? Ireland, Argentina, Latin America. 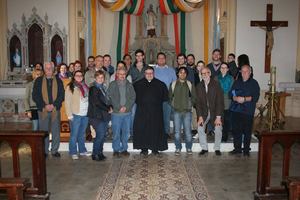 Christopher Fox, director of the Keough-Naughton Institute, reported that the 2015 seminar was “a smashing success.”

“Brilliantly conceived by Notre Dame Professor Diarmuid Ó Giolláin,” Fox says, “the Seminar brought into focus for participants the largest single group of Irish immigrants in a non-English-speaking country.  Students explored connections between Irish Studies and Latin American Studies and reaped the benefit of top Argentine scholars, including Juan José Delaney and Guillermo MacLoughlin, along with key Notre Dame faculty, among them Keough Professor Declan Kiberd, who delivered a Madden-Rooney Lecture Thursday evening at the Jesuit college long associated with Pope Francis, the Universidad del Salvador.  IRISH Seminar lectures and discussions were augmented by visits to key museums and places of special interest to the Argentine Irish.  A highlight was a voyage out on the Pampas on the Fourth of July to experience Gaucho culture.” 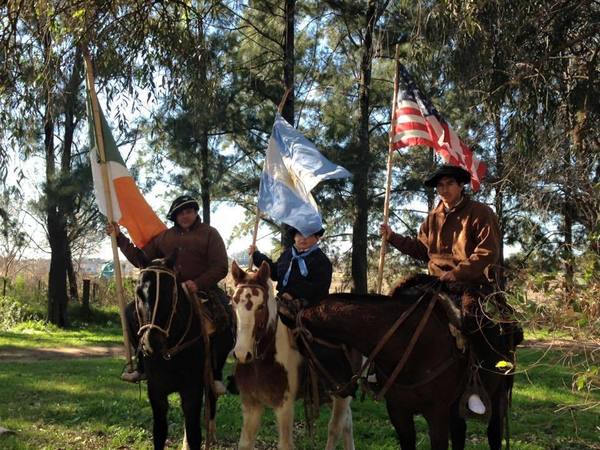 Fox particularly notes that, “One student told me that he will never look at Irish Studies—or the world—the same way again.  Other students readily agreed.”

In reflecting further on the Seminar, Fox notes that “holding this key Institute event in Argentina is a fitting start to a year in which the Keough-Naughton will bring a new and intense focus to the idea of Irish Studies as seen through multinational eyes.  There are over seventy million people of Irish descent settled worldwide, and Notre Dame scholars of Irish Studies are increasingly turning their attention to the Irish diaspora and addressing the question of Irish Studies itself as a global field.”

In addition to the Seminar, the coming academic year at the Keough-Naughton Institute will bring the launch of the Notre Dame–produced television documentary 1916 The Irish Rebellion, which will explore not only the insurrection in Dublin that was a seminal event in the eventual establishment of an independent Irish state but place those events, particularly the disintegration of colonial empires worldwide, in an international context.  Then, in late March, the Keough-Naughton Institute will host the 2016 American Conference for Irish Studies, with the theme The Worlding of Irish Studies.