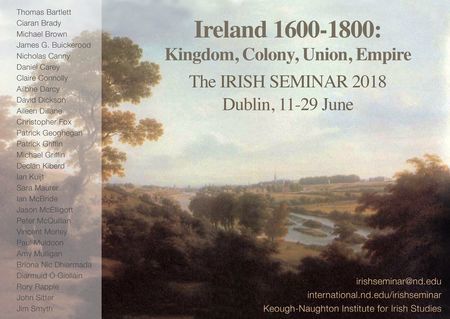 For Summer 2018, the theme of the IRISH Seminar was Ireland 1600-1800:  Kingdom, Colony, Union, Empire. The Seminar director was Professor of English and Faculty Fellow Christopher Fox, who co-founded the Institute in 1992 with Seamus Deane and served as its director from 2001 through 2017.  The seminar met in Dublin first, and then at Kylemore and at other locations in the west of Ireland.

“The years between 1600 and 1800 remain a seminal and highly-contested period,” Professor Fox explains, “when Ireland moved from a kingdom to colony, to union, and empire. Our seminar explored these transitions through a combination of historical readings and exemplary texts—for example, Edmund Spenser’s A View of the State of Ireland and Maria Edgeworth's Castle Rackrent. We interspersed our studies with poetry, musical performances, walking tours, visits to galleries and museums, and a memorable trip to the West Coast-islands of Inishark and Inishbofin—where students saw a 1652 Cromwellian fort, still largely intact—to give students the full experience of Ireland during this remarkable period.” 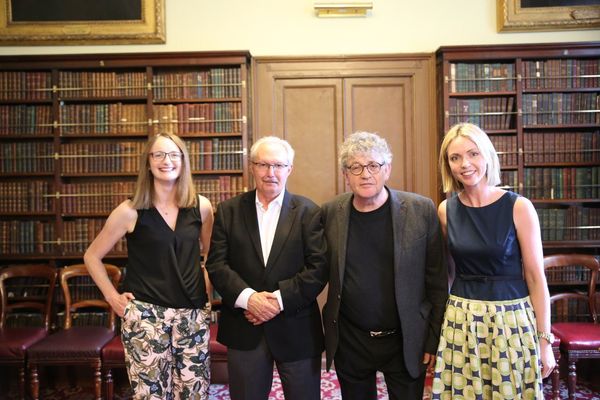 And the promise of a “full experience” was most certainly met.

“This summer’s IRISH Seminar in Dublin and Galway brought a wealth of approaches to bear on the topic of Ireland from 1600-1800,” says Notre Dame English Ph.D. student Julian Dean, who is also earning a graduate minor in Irish Studies. “With lectures focusing on literature, history, folklore, archeology, and philosophy, the seminar delivered full immersion into the topic. This rich experience was balanced with cultural events such as poetry readings as well as time for independent research, which many of us undertook in various archives in Dublin. Not least of all, the seminar took us to the breathtaking Kylemore Abbey—the highlight of my travels in Ireland.”

There were also two book launches: the first by Ailbhe Darcy (Ph.D. Notre Dame 2015), whose new book of poetry, Insistence, was published by Bloodaxe Books, and then From Enlightenment to Rebellion: Essays in Honor of Christopher Fox (edited by James Buickerood), a Festschrift with submissions by colleagues and former students, that was first presented to Professor Fox on March 1 of this year. Former President of Ireland Mary McAleese, who wrote the foreword to the book honoring Professor Fox, attended the launch in Dublin.

A particular highlight for students this year was the opportunity to join in to Dublin’s festive Bloomsday celebrations. On Saturday, June 16, the students traced much of Leopold Bloom’s journey through Dublin, and then enjoyed a memorable swim at Sandycove Beach.

The IRISH seminar is administered by Catherine Wilsdon, Keough-Naughton Institute programme director in Dublin, who can be contacted at cwilsdon@nd.edu for further information.

Read more about the IRISH Seminar and its history 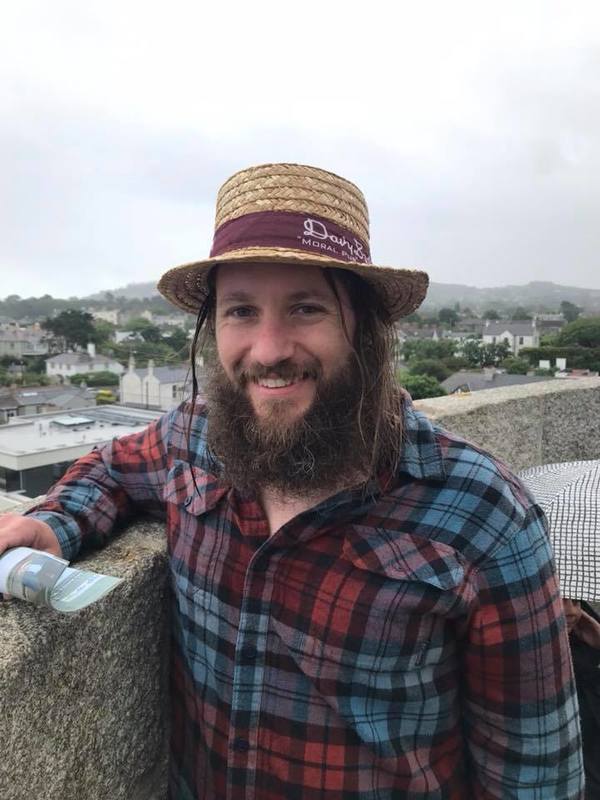 Many more photos are on the IRISH Seminar Facebook page
.