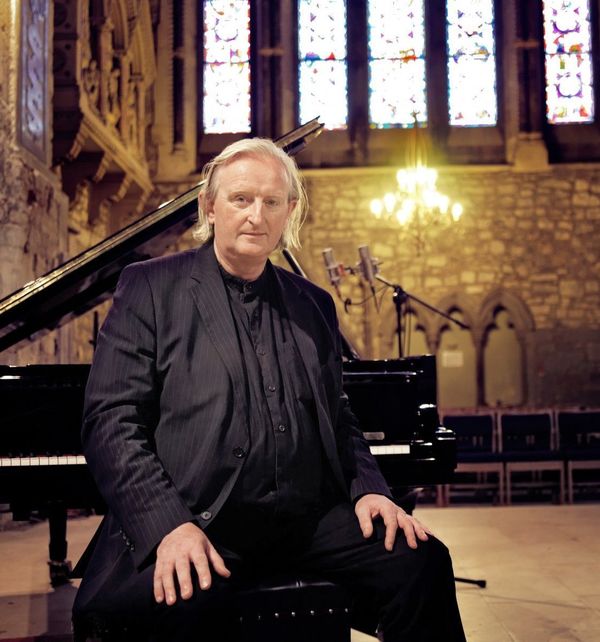 Mícheál Ó Súilleabháin, Emeritus Professor of Music at the University of Limerick and founder/Director at the Irish World Academy of Music and Dance, died last week after a prolonged illness.  His funeral will be held Monday, November 12, with President of Ireland Michael D. Higgins in attendance.

“We join with all those in Ireland and around the world who mourn Professor Ó Súilleabháin,” said Patrick Griffin, Madden-Hennebry Professor of History and Director of the Keough-Naughton Institute for Irish Studies. “A brilliant composer, musician, and teacher, his legacy extends to the hundreds of students he taught and influenced at Limerick’s Irish World Academy of Music and Dance.”

Ó Súilleabháin visited the Keough-Naughton Institute several times. He was the Patrick B. O’Donnell Distinguished Visiting Professor in Fall 2012 and delivered the annual Hibernian Lecture in 2014. At the Spring 2016 American Conference of Irish Studies conference on campus, he entranced participants with a lecture/demonstration on “The Poet and the Playwright's Rising.”

" In the world of Irish music, there was no one more important and innovative than Mícheál Ó Súilleabháin,” said Christopher Fox, Professor of English and the director of the Keough-Naughton Institute from 2001 through 2017, the period during which Ó Súilleabháin visited the Institute. “All Ireland is in mourning today for this man who was larger than life. His contribution to Irish music and culture was absolutely astonishing, and he leaves behind a lasting legacy in his stunning compositions and in the Irish World Academy of Music and Dance, which he founded in Limerick.  He will be remembered for his music and will be sorely missed by all those who had the great good fortune to know him."