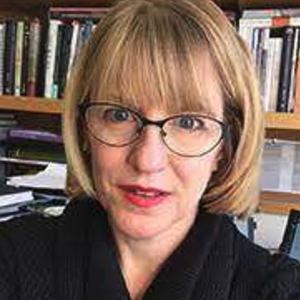 Sara Maurer is Associate Professor of English. She specializes in the study of British and Irish Nineteenth-century literature, gender studies, and post-colonial studies.

In  her book The Dispossessed State: Britain, Ireland, and Narratives of Ownership in the Nineteenth Century (Johns Hopkins University Press, 2012), Professor Maurer examined literature of the British Isles that narrates Ireland as the site of a unique, culturally specific style of ownership. In that book, she argues that Irish indigenous ownership had attractions even for the British Victorian culture that countenanced Irish colonization.

Professor Maurer’s current research covers two areas. The first concerns the influence of Irish writers such as Michael and John Banim, Charles Maturin, and William Allingham on British literature. The second investigates the ways of knowing and feeling that Victorians associated with charitable action, both in works of literature, such as those by Charles Dickens, Elizabeth Gaskell, Charlotte Brontë, and Elizabeth Barrett Browning, but also in such archival materials as advice books for charitable workers, annual reports of charities, and the rules of newly established Anglican sisterhoods and brotherhoods. Within this strand of her research, she published an entry on "Philanthropy" in The Wiley-Blackwell Encyclopedia of Victorian Literature (Wiley-Blackwell, 2015)—a volume that was named an "outstanding reference source list" for adults by the American Library Association.

In Spring 2020, Professor Maurer was co-convenor of the conference "John Ruskin: Prophet of the Anthropocene." That conference, convened at Notre Dame on the weekend of Ruskin's 201st birthday, explored how his legacy continues to challenge the disciplinary divides that separate art from science and ethics from economics; and how his critique of Victorian capitalism and industrialization continues to speak to contemporary concerns.

Professor Maurer received the Rev. Edmund P. Joyce, CSC, Award for Excellence in Undergraduate Teaching in 2014. She has also served as the Director of Graduate Studies for the Department of English.