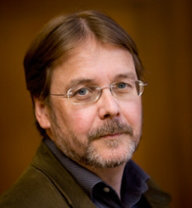 Professor Leerssen's work moves within four areas: Irish intercultural history, the theory of national stereotyping; the history of romantic nationalism in Europe; and the history of the humanities.  Published extensively in all areas of interests, his work in Irish Studies includes the monographs Remembrance and Imagination. Patterns in the historical and literary representation of Ireland in the nineteenth century (1996, Cork University Press) and Hidden Ireland, Public Space (2002, Galway, Arlen House / Centre for Irish Studies) and the book Mere Irish & Fíor-Ghael, Studies in the idea of Irish nationality, its development and literary expression prior to the nineteenth century  ​(Amsterdam/Philadelphia: John Benjamins; 2nd ed. Cork University Press,1996), whose second edition was listed as one of the "International Books of the Year" in Times Literary Supplement, 1996.

Winner of the 2008 Spinoza Prize, the highest scientific award in Netherlands, and an Academy Professorship in the Royal Netherlands Academy of Arts and Sciences and Professor Leerssen is a member of the Royal Irish Academy.