Katie Grennan: Katie is a multi-talented classically trained violinist, fiddle player and Irish dancer born and raised in Pittsburgh, Pennsylvania. After graduating in 2010 from the University of Notre Dame with a double major in accounting and psychology, she moved to Chicago, where her artistic career continued to blossom.  On a local level, she worked as a lead instructor at the Trinity Academy of Irish Dance and has performed with some of the world’s finest Irish traditional musicians. Katie has also toured throughout the United States, Europe, and Asia with acclaimed professional shows, including the Trinity Irish Dance Company, Michael Londra's Celtic Fire, and Women of Ireland. She is currently pursuing a master’s degree in arts management at Carnegie Mellon University, teaches fiddle and dance lessons to children of all ages, and recently released her debut fiddle/dance album “Between Worlds." 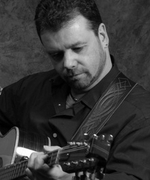 Pat Broaders: Pat grew up in Dublin, the son of parents from Wexford. He began his journey in traditional music at the age of eight, and attended the School of Music in Chatham Street in Dublin. Upon moving to Chicago, Pat has performed and recorded with Dennis Cahill, Liz Carroll, and Martin Hayes, as well as a host of other musicians in and around Chicago. He has also fostered a vibrant career outside of Chicago, playing with such musicians asJohn Doyle, Paddy O’Brien, Mick O’Brien, Robbie O’Connell, and Danú. 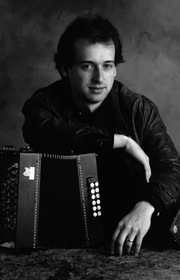