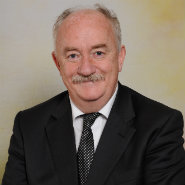 Faculty Fellow Declan Kiberd, the Donald and Marilyn Keough Professor of Irish Studies, Professor of English and Irish Language and Literature, will travel to Cluj-Napoca, Romania, with a Notre Dame faculty delegation in mid-March to receive an honorary degree from Babeş-Bolyai University.

The fellows will give talks and presentations in an Irish Studies/Irish Literature workshop in conjunction with the conferral. They will also be guests of the University during a tour of the University and the surrounding area of Transylvania.

Professor Kiberd's address, on the Irish Revival, will be the central event of the Seminar.