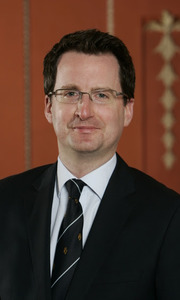 In his talk at Notre Dame, Dr. Geoghegan will discuss how the intensity of Daniel O'Connell's campaign against Chartism in the late 1830s stunted their efforts to gain support in Ireland, and undermined the movement in Britain.  The reasons for his opposition have never been fully understood, and become more confusing when it is revealed that he played a key role in its foundation. Indeed some people in the movement even credited him with naming 'The People's Charter' from which the Chartists drew their inspiration. This paper will explore how O'Connell, the Liberator who had led a successful civil rights campaign in Ireland in the late 1820s, became involved in the movement in the 1830s, and the factors which led to him breaking from it.  At his trial for conspiracy in 1844 O'Connell claimed that he had kept Ireland free from the 'pollution' of Chartism, and boasted that if he had not opposed the movement it would have 'spread from one end of Ireland to the other.'  For O'Connell, this was a war against 'socialists - rank, arrogant, and blasphemous infidels.' By examining the way O'Connell prescribed Chartism in Ireland, and destroyed its attempts to gain support, it is possible to re-evaluate his later political leadership and the changing nature of Irish society. Viewed in this way, O'Connell's war against the Chartists was nothing less than a battle for the future direction of nationalism in Ireland, and reflected his deeper concerns about class, society, and the use of violence.

About Patrick Geoghegan: An expert on the tensions between constitutional nationalism and republicanism in Ireland the eighteenth and nineteenth centuries, Dr. Geoghegan is the author of books on the Irish Act of Union, Robert Emmet, and an acclaimed two-volume study of Daniel O’Connell. An experienced broadcaster, he presents the award-winning weekly radio programme, ‘Talking History’ on Irish radio. The programme, now in its tenth year, is available to download on iTunes and has been described as ‘ever-excellent’ (Irish Independent) and ‘compelling’ (Irish Times). For the centenary of the 1916 Rising he developed an online series of lectures and interviews called ‘Ireland in Rebellion’, covering the period 1798 to 1923. The online resource is available free-of-charge on iTunesU and YouTube. Dr. Geoghegan is a winner of the Provost’s Award for Teaching Excellence, and has served as the university’s Dean of Undergraduate Studies, responsible for admissions and the undergraduate curriculum.