Launch of Remembering the Troubles: Contesting the Recent Past in Northern Ireland, Edited by Jim Smyth (University of Notre Dame Press, 2017), with remarks by Tom Bartlett, Professor Emeritus of Irish History, University of Aberdeen. With support from the Brian J. Logue Fund for Northern Ireland and sponsorship by the Keough-Naughton Institute and the Press. 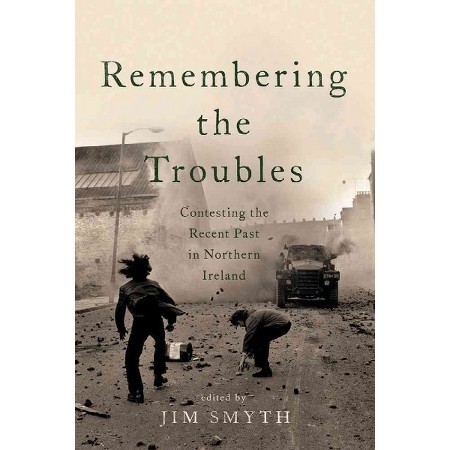 The historian A. T. Q. Stewart once remarked that in Ireland all history is applied history—that is, the study of the past prosecutes political conflict by other means. Indeed, nearly twenty years after the 1998 Belfast Agreement, “dealing with the past” remains near the top of the political agenda in Northern Ireland. The essays in this volume, by leading experts in the fields of Irish and British history, politics, and international studies, explore the ways in which competing “social” or “collective memories” of the Northern Ireland “Troubles” continue to shape the post-conflict political landscape.

The contributors to this volume embrace a diversity of perspectives: the Provisional Republican version of events, as well as that of its Official Republican rival; Loyalist understandings of the recent past as well as the British Army’s authorized for-the-record account; the importance of commemoration and memorialization to Irish Republican culture; and the individual memory of one of the noncombatants swept up in the conflict. Tightly specific, sharply focused, and rich in local detail, these essays make a significant contribution to the burgeoning literature of history and memory. The book will interest students and scholars of Irish studies, contemporary British history, memory studies, conflict resolution, and political science.

Jim Smyth is professor of Irish and British history at the University of Notre Dame. He is the author or editor of a number of books, including, most recently, Cold War Culture: Intellectuals, the Media, and the Practice of History.

"The ‘war’ in Northern Ireland may be over, but its legacy is hotly contested and the dead from the conflict remain unquiet. The essays in this book engage with complex issues of memory, commemoration and remembrance, and they do so in a clear-sighted, fair-minded, even-handed and, on occasion, poignant way. Altogether, the volume is a highly significant addition to the slim corpus of essential works on the Northern Ireland ‘Troubles’." —Thomas Bartlett, emeritus, University of Aberdeen

"The essays in Remembering the Troubles are admirably well-balanced, taking on board the politics of memory among republicans, loyalists, and the British army, and also giving consideration to the implications of commemoration policies in Northern Ireland and the Republic of Ireland." —Guy Beiner, author of Remembering the Year of the French

"Vividly recalling memory’s selectiveness, and its saturation with cognitive and emotional biases, Jim Smyth’s sparking collection of essays initiates the historian’s reckoning with what some called the Long War, others Operation Banner, and far too many spoke of as ‘The Troubles’—that Irish euphemism for awful violence." —Brendan O’Leary, Lauder Professor of Political Science, University of Pennsylvania