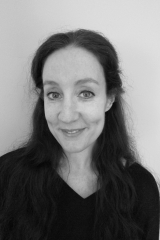 How did medieval Icelanders conceive, construct, and perceive themselves and their place in the world?  Ann-Marie Long, a Postdoctoral Research Associate in the Department of History at the University of Notre Dame, will discuss this question by focusing on the preserved versions of the Icelandic Book of Settlements (Landnámabók) and Sagas of Icelanders (Íslendingasögur), which tell of the participation of an Irish element in the colonization of Iceland. Not only do they reveal that this Irish component occupied a significant space in the cultural memory of the medieval Icelanders, they show how the different treatment of that element over time corresponded to an adjustment in the perceived cultural value that Irish origins assumed for thirteenth- and fourteenth-century Icelanders.

Ann-Marie Long received her PhD from University College Dublin, where she was an Ad Astra Scholar and a fellow of the Humanities Institute of Ireland. Her work places medieval Icelandic historiography in its socio-political contexts. Her first monograph, Iceland’s Relationship with Norway c.870-c.1100: Memory, History and Identity (Leiden: Brill, 2017), reassesses the development of Icelandic society from the earliest settlements to the twelfth century. Through a series of thematic studies, it considers how medieval Icelandic authors instrumentalized Norway to explain the changing parameters of Icelandic autonomy. She has also published on aspects of cultural memory in Icelandic foundation narratives. Her research interests include identity formation and ethnogenesis, constructions of the past as modes of remembering, and early vernacular literacy in Iceland.