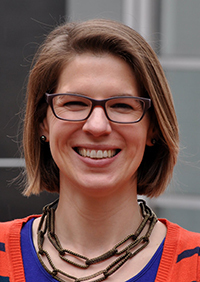 In this talk, Professor Morna O'Neill will consider how French Impressionism came to be viewed as a model for Irish art in the early twentieth century. Borrowing from the broader “spatial turn” in the humanities, she will provide a spatial art history of Impressionism in Dublin to understand the important role that French art played in narratives of Irish nationalism.

Scholars have argued that the encounter with modernism in colonial cultures could spur a desire for independence, artistic as well as political. An important instance of this type of intermingling was enabled by the Anglo-Irish art dealer Hugh Lane. In 1904, Lane declared his hope that a Municipal Gallery of Modern Art in Dublin would nurture “a distinct school of Irish painting.” The gallery opened to the public in 1908, displaying 285 paintings, including thirty-nine works of modern French art by Monet, Manet, Renoir, and others that Lane promised to the city.  According to Lane, the gallery displayed a collection “widely representative of the greatest masters of the nineteenth century.” Yet supporters and critics returned again and again to the French pictures. In Dublin, Lane suggested an Irish identity for his French Impressionist pictures as part of a decorative tradition that included Celtic art.

Professor O'Neill's most recent book is Hugh Lane: The Art Market and the Art Museum, 1893-1915 (Yale University Press, 2018). Each chapter in what has been called a "revelatory study" focuses on an important city in Lane’s practice as a dealer to understand the interrelationship of event and place.  She is also author of the award-winning Walter Crane: The Arts and Crafts, Painting, and Politics, 1875-1890, (Yale University Press, 2010),