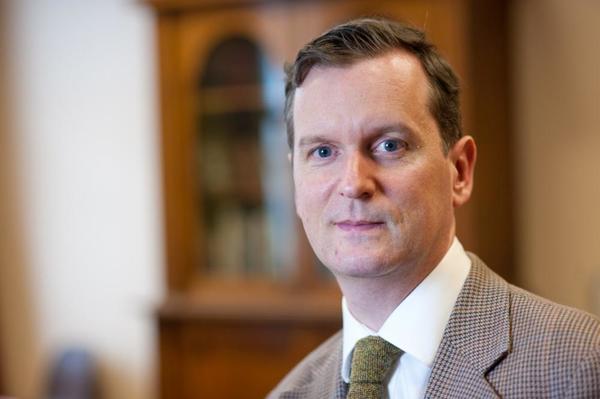 "The Letters of John McGahern: A Year in the Life (1970)" will be the topic of a lecture by Frank Shovlin of the Irish Studies Institute at the University of Liverpool, where he is Professor of Irish Literature in English. His talk will take place  in the galleries of the new exhibition of Irish art, "Looking at the Stars," at the Snite Museum of Art, Friday, September 13, 3:30 p.m.

Living and working in Liverpool since 2000, Professor Shovlin is a native of the West of Ireland. He was educated at University College Galway, where he took his BA and MA degrees before moving on to St John's College, Oxford, where he completed his D. Phil. in 2000.

He is the author of Journey Westward: Joyce, Dubliners and the Literary Revival (Liverpool University Press, 2012); The Irish Literary Periodical 1923-1958 (Clarendon Press, 2003); and many scholarly articles and chapters.

Professor Shovlin's research is now focused on the  acclaimed Irish novelist John McGahern, who died in 2006.

McGahern was the author of six novels. The first, The Barracks was published in 1963; with his final work, That They May Face the Rising Sun, published in 2002 and subsequently named Irish Novel of the Year in 2003.

His best known novel, Amongst Women (1990), was shortlisted for the Booker Prize and made into a BBC TV series.

In 2016, Professor Shovlin published a monograph on John McGahern’s writing style assisted by the award of a Leverhulme Study Abroad fellowship in 2012-13, which he used to spend the year in the McGahern archive at the National University of Ireland, Galway. He returned to Galway in the summer of 2014 courtesy of a Moore Institute Visiting Fellowship. Stemming from this work, he is now editing The Letters of John McGahern for a forthcoming Faber volume and was appointed McGahern’s authorized biographer in 2018. For the academic year 2018-19, he was awarded a British Academy/Leverhulme Senior Research Fellowship.

His public talk will take place in the galleries of the Snite Museum of Art's new exhibit: "Looking at the Stars": Irish Art at the University of Notre Dame.

Professor Shovlin will be a short-term fellow at the Keough-Naughton Institute for two weeks in September.

Read more about Professor Shovlin and his work with the John McGahern archives and letters.