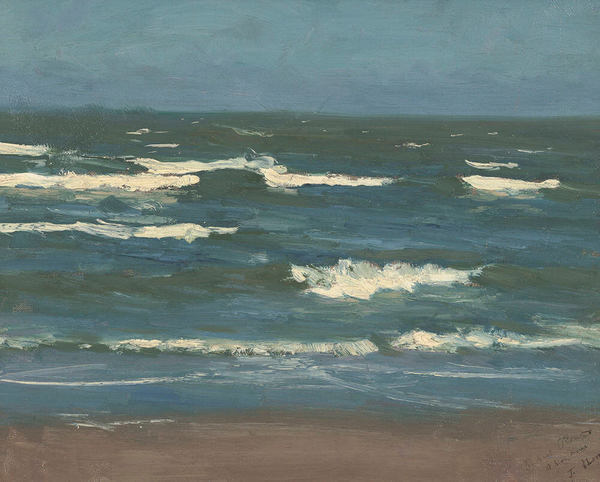 Join Dr. Brendan Rooney, Head Curator, National Gallery of Ireland, for an exploration of Irish art, including works by artists on view in "Looking at the Stars": Irish Art at the University of Notre Dame." More details about his presentation are forthcoming.

Rooney is Head Curator, and curator of the National Gallery or Ireland’s Irish paintings, sculptures and stained glass which comprise almost half of the Gallery’s collection (excluding works on paper), and date from the mid-seventeenth century to the present day. He is also responsible for the National Portrait Collection, which has existed as a subsection of the national collection since the late nineteenth century, and through commissions and acquisitions, has expanded significantly in recent years. He has curated a range of exhibitions, including Roderic O'Conor and the Moderns: Between Paris and Pont-Aven (2018), Creating History: Stories of Ireland in Art (2016), Uniform (in collaboration with Jackie Nickerson, 2016), Thomas Roberts 1748-1777 (2009), and A Time and Place: Two Centuries of Irish Social Life (2006).

Highlights of Rooney's publications include Irish Fine Art in the Early Modern Period: New Perspectives on Artistic Practice, 1620-1820 (edited with Jane Fenlon, Ruth Kenny, and Caroline Pegum, 2016), Thomas Roberts: Landscape and Patronage in Eighteenth-Century Ireland (with William Laffan, 2009), Irish Paintings in the National Gallery of Ireland Volume I (with Nicola Figgis, 2006), and The Life and Work of Harry Jones Thaddeus, 1859-1929 (2003).