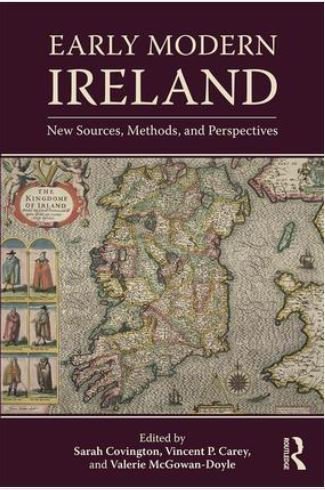 The centuries between 1500 and 1700 were pivotal in Ireland’s history, yet so much about this period has remained neglected until relatively recently, and a great deal has yet to be explored. Containing 17 original and individually commissioned essays by an international and interdisciplinary group of leading and emerging scholars, this book covers a wide range of topics, including social, cultural, and political history as well as folklore, medicine, archaeology, and digital humanities, all of which are enhanced by a selection of maps, graphs, tables, and images.

Professor McKibben's chapter is titled "Bardic Close Reading." She is the winner of a 2019 National Endowment for the Humanities fellowship for her work on bardic poetry, as well as a 2018 fellowship from the American Council of Learned Societies.