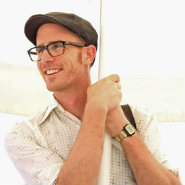 How do you describe the impact an experience has on the rest of your career?   Glowingly – if you were awarded the National Endowment for the Humanities–Keough Fellowship.

Since 2002, The Keough-Naughton Institute for Irish Studies has awarded annually a post-graduate scholar the opportunity to continue his or her research while in residence in the Keough-Naughton Institute.  The fellowship provides a stipend, an office and administrative support, as well as full access to the University’s research materials and faculty.  The Fellowship was established with support from a $2.25 million National Endowment for the Humanities Challenge Grant in 1998, which at the time, was the largest NEH grant awarded to the University of Notre Dame.

“The NEH Keough Fellowship was, frankly, a scholars dream,” says John Gibney, (2006) who used his time to develop his dissertation into the monograph, Ireland and the Popish Plot and laid the foundation for his second, The Shadow of a Year: The 1641 Rebellion in Irish History and Memory, and “other institutions would do well to learn from its example.”

Similarly, Michael Griffin (2002) attributes the germination of three publications to his “very productive and fulfilling year” as an NEH Fellow.  “The Keough-Naughton Institute’s rich array of intellectual talent and library resources in Irish Studies and eighteenth century studies influenced the direction of these works considerably.”  Now the Head of English and Director of the Eighteenth Century Research Group, his edited book of the poems of Laurence Whyte will be published in 2014.

Mary Burke (2003), Associate Professor of English, University of Connecticut, Storrs also draws a direct line from her fellowship to her later success - “it was the opportunity that facilitated all the subsequent opportunities.” Hired fresh from Notre Dame by the University of Connecticut to develop its Irish Studies program, Mary states, “in the case of my very rewarding job, my manuscript and two other fellowships and a research excellence award I have subsequently received, I am absolutely certain that my NEH Keough Fellowship was a key factor in getting me noticed.”  Mary worked on the manuscript that later became her book “Tinkers”: Synge and the Cultural History of the Irish Traveller, and she returned again to the Institute to launch it in 2009.

Ian Alden Russell (2007) currently is the Curator of the Davis Winton Bell Gallery at Brown University and a fellow of the John Nicholas Brown Center for Public Humanities and Cultural Heritage.  The time offered by the Fellowship permitted him “the opportunity to explore the creative possibilities of fusing cultural heritage with contemporary artists, and gave him the opportunity to curate a contemporary art exhibition series at University College Dublin.”  This exhibition led to further projects and successful positions. Ian states, “I am deeply indebted to the NEH Keough Fellowship and staff and faculty of the Keough-Naughton Institute without whose support, belief and encouragement I may never have had these opportunities.”

Future NEH Keough Fellows may review the application requirements on the Institute’s website irishstudies.nd.edu.  It may be the start to a wonderful career!