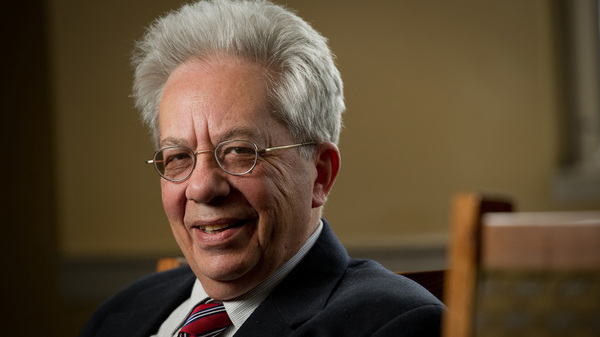 The Keough-Naughton Institute for Irish Studies joins the University community in mourning the death of Joseph Buttigieg, Kenan Professor Emeritus of English and a long-time faculty fellow of the Institute.

Professor Buttigieg specialized in modern European literature, critical theory, and the relationship between culture and politics. He was a scholar of James Joyce, with one of his first books titled A Portrait of the Artist in Different Perspective. He was also the editor and translator of the multi-volume complete critical edition of Antonio Gramsci’s Prison Notebooks, a project that was supported by a major grant from the National Endowment for the Humanities. He taught frequently at the Institute's annual IRISH seminar, including recent seminars in Buenos Aires and Rome.

“Joe was a true intellectual who thought deeply and wrote widely on many aspects of modern literature,” said Patrick Griffin, Madden-Hennebry Professor of History and Director of the Keough-Naughton Institute. “He was with our Irish Studies Institute from our founding and will be greatly missed.”

See the University of Notre Dame’s In Memoriam.