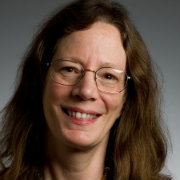 The cross-disciplinary lecture sponsored by the Keough-Naughton Institute for Irish Studies was titled “‘As You are Brothers of Mine’: Thoreau and the Irish.” In the presentation, Walls sketched a vision of a positive, respectful interaction between Thoreau and the local Irish though “hasty readings” of his work, particularly “Walden,” which might suggest racism or scorn towards the immigrants, she said.

“Hasty reading of ‘Walden’ have given Thoreau a bad name in Irish studies,” she said. “The temptation to use Thoreau as a metric to view English hostility to the Irish remains.

“Central to all of this is the notorious chapter in ‘Walden’ in which the narrator retreats during the thunderstorm to the shanty on Baker Farm where John Field lives with his family, lectures them at pedantic length about how he, one of their nearest neighbors, lives the good life and how they could too if only they lived the same way as he.”

Walls said though many literary critics react to such episodes by saying, “Henry, how could you?” her examination of his primary writings while researching for a prospective biography have brought her to a different perspective.

“Thoreau used his various writing projects to stage problems [including] multiple contrasting voices,” she said. “This multi-valence has made him a useful resource for everything from anarchism to communitarianism, from misanthropy to compassion, from wilderness escapism to civil disobedience.

“With all of the above, you can add them all up and oddly enough, they do not cancel each other out … Thoreau relentlessly probes the conventions of his time. Seeking the ground that will not yield under pressure, he probed the Irish immigrants with all the rest.”

Thoreau held all members of his society to a high standard, Walls said, and at times found fault with all, including the Irish. But the Irish, unlike most other groups, gave him “cause for hope” too, she said.

When the writer moved to Walden Pond in 1844, he lived among the Irish immigrants in a shanty on land purchased from Ralph Waldo Emerson, Walls said.
“[The cabin] Thoreau built [at Walden] was nothing less … than an Irish laborer’s shanty, repackaged to house a Yankee laborer’s lifelong dream to escape from labor altogether by becoming a great writer,” she said.

The patronizing tone of the John Field lecture episode in “Walden” has frustrated many scholars as an example of Thoreau’s arrogance towards the Irish, but Walls said she reads it as a parody of the first half of the book.

“Note that Thoreau sets himself up as an insufferable pedant; a meddling, tiresome intruder who lectures the beleaguered family in reckless abstractions cast in absurdly run-on sentences; a ‘philosopher’ wagging his finger in their faces,” she said. “This is an extravagant parody of the entire first half of ‘Walden.’

“But, if he can’t reach John Field, who is standing right there in front of him, with [his] entire future and the future of [his] children hanging in the balance, how can he possibly reach us? For roughly 200 pages, Thoreau has been lecturing us on and on about how our proper economic choices will lead to our spiritual [well-being], and just like John Field, we haven’t heard a thing. Have we changed our lives? No, nothing has changed.”


Walls said she believes Thoreau reprises the content of the book’s first half to emphasize his underlying point, which happens to take place in the course of this conversation with the Irish family. By examining his intentions more closely, she said readers can better grasp the respect he had for the hardworking Irish people and their ability to “boldly live” apart from the mainstream American culture.