Two seniors were recognized graduation weekend for their scholarship in Irish studies. 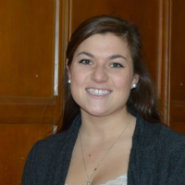 Fr. Sean advised her on her capstone essay which considers Northern Irish political parties and politics since the Good Friday agreement.  She was able to write her capstone with an experienced eye, as an Institute sponsored internship in the Department of Foreign Affairs, Anglo-Irish division, prompted her to develop anti-sectarianism programs increasing tolerance between Northern Ireland and the Republic of Ireland.  Sam benefitted from the interdisciplinary offerings in the Institute, from language and literature, film television and theatre, history, American studies and political science.

Her studies and experiences led her to Duke Law School where she will pursue an LLM in international law to supplement her J.D. 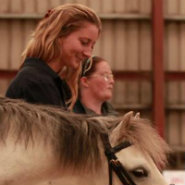 Annie McCarthy was awarded the Brother Simeon C.S.C. Prize for Distinction in Irish Language and Literature.  A Program of Liberal Studies major with minors in both Irish Language and Literature and Irish Studies, Annie pursued four semesters of Irish as well as classes exploring Irish history, culture, film and music.  She feels understanding the language allows her a greater understanding of the literature and culture, permitting her to dig deeper into the texts.  Annie spent a semester in Dublin, taking Kevin Whelan’s History of Ireland class.

She credits all her professors for their interest and enthusiasm. These experiences, along with her Institute sponsored summer internship with Festina Lente, a non-government organization that utilizes therapeutic equestrian training in work with disabled youth, was “amazing” and paved the way for her upcoming teaching position in history and literature in a Phoenix charter school.