The week of April 16th is huge at the Keough-Naughton Institute for global Irish Studies themes. 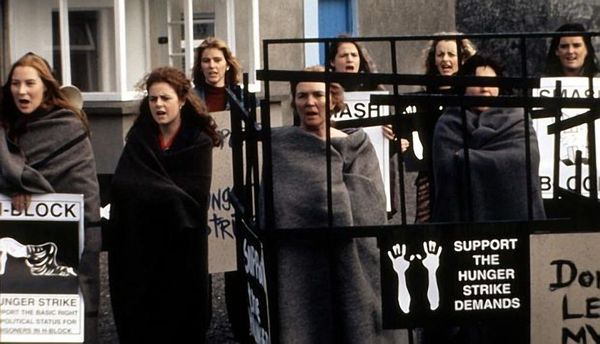 We begin Monday, April 16, 7:00 p.m, with a "Student-Only" Film Night in which we will screen Some Mother's Son (directed by Terry George and starring Helen Mirren) that takes as its subject "The Troubles" in Northern Ireland.  Faculty Fellow Bríona Nic Dhiarmada, Thomas J. & Kathleen M. O'Donnell Professor of Irish Studies and Concurrent Professor of Film, Television, and Theatre, will introduce the film and provide a short history of this period in Ireland's history, and then lead a discussion afterwards.

On Tuesday, April 17, 3:30 p.m., we will host a talk by noted historian Dermot Keogh on "Ireland and Argentina During the Dirty War, 1976-1983 - Diplomatic Perspectives on the Catholic Church, Human Rights, and State Terror."

Wednesday, from 12 noon to 2:00 p.m., Irish Studies Librarian Aedin Clements will host an open house on books and pamphlets dedicated to the Northern Ireland conflict and peace process at the Hesburgh Library.

Wednesday afternoon, April 18, at 4:00 p.m. is "Belfast, Brexit, and Beyond: How Will Brexit Affect Politics and Peace in Northern Ireland?"  Daniel Mulhall, Ambassador of Ireland to the United States, and Kevin O'Malley, Former United States Ambassador to Ireland will speak, in a panel discussion moderated by Jennifer Mason McAward, Associate Professor of Law and Director, Center for Civil and Human Rights. All are welcome at the reception following.

Finally, on Friday, April 20, 3:30 p.m, we will turn our gaze backwards and hear Amy Mulligan, Assistant Professor of Irish Language and Literature, speak on "A Globalized Poetics: Ireland, Britain and Writing Place from 700-1250."

All the details are HERE.