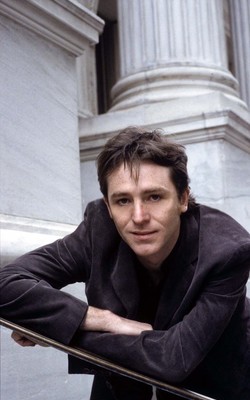 Prof. McCrea is scholar of comparative literature and a novelist. He has a B.A. in Romance languages from Trinity College Dublin, and a Ph.D. from Princeton.  Before joining Notre Dame's faculty, he taught comparative literature at Yale University, where he was appointed full professor in 2012. His research focuses on modern literature in English, French, Irish, Italian, and Spanish.  As well as articles and essays about modern Irish and European literature, he is the author of The First Verse, a novel, which won the 2006 Ferro-Grumley prize for fiction, and In the Company of Strangers:  Family and Narrative in Dickens, Conan Doyle, Joyce and Proust (Columbia University Press, 2011), which won the Yale Heyman Prize for scholarship in the humanities.  His most recent book, Languages of the Night: Minor Languages and the Literary Imagination in Twentieth-Century Ireland and Europe (Yale University Press, 2015), explores how the decline of rural languages and dialects in twentieth-century Europe shaped ideas about language and literature and exerted a powerful influence on literary modernism. In 2016, it was awarded the René Wellek ("best book") Prize by the American Comparative Literature Association.

Most recently, Professor McCrea was the Princess Grace Irish Library's writer in residence (Fall 2017) and received a prestigious fellowship from Princeton University's Humanities Council, which will allow him to spend the spring 2018 semester at Princeton as a visiting professor and the Faber Fellow in Comparative Literature. While at Princeton, he will teach and continue work on his upcoming novel, tentatively titled Thorn Island.