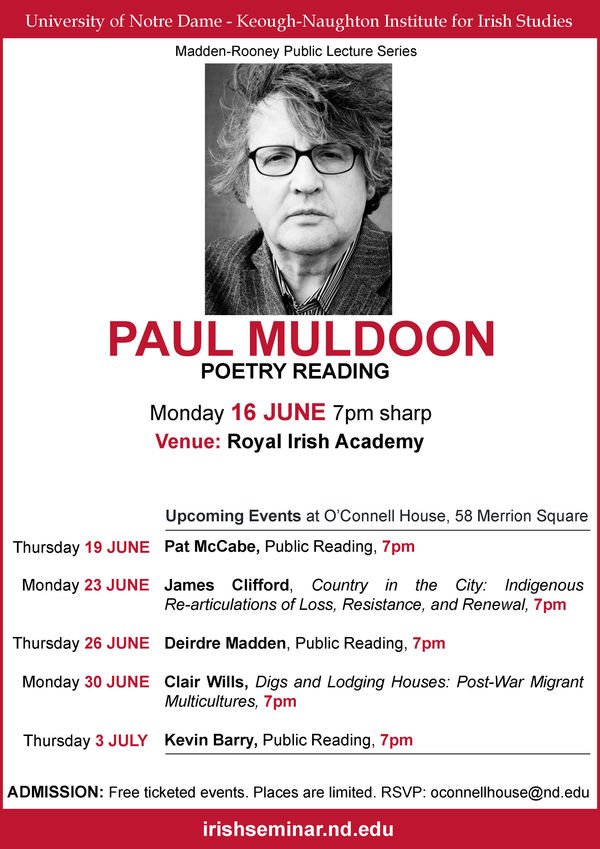 The 16th annual Irish Seminar opens on Monday June 16th, 2014 in Dublin, Ireland.  This year the Irish Seminar explores the idea of "The Vernacular Imagination," under the direction of Executive Director Diarmuid Ó Giolláin.  Says Ó Giolláin, “Vernacular Imagination promises to be a multidisciplinary approach to the question of the people, vernacular language and popular culture in modern (if not only in modern) societies.”

The intensive three week seminar designed for graduate students features distinguished faculty from Notre Dame, other notable institutions in Ireland and England, as well as writers and poets. Experts in areas of history, English, Irish language and literature, cultural studies, critical theory and folklore, the faculty will explore areas and ideas of Irish history and literature through the lens of the vernacular.

Additional public readings and lectures will be given at the Dublin Golden Gateway O'Connell House by authors Pat McCabe, Kevin Barry and Deidre Madden.