The Keough-Naughton Institute for Irish Studies announces two scholars have been selected as Keough National Endowment for the Humanities Fellows for the 2014-2015 academic year.  Matthew Gertken and Florence Impens will join the Institute in the fall.

The Keough NEH Fellowship is highly selective and enables outstanding scholars to continue research while in residence in the Keough-Naughton Institute during the academic year. The Fellowship was established with support from a 2.25 million NEH challenge grant in 1998. This year marks the first time two scholars were awarded the fellowship. 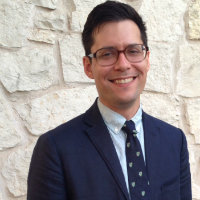 Gertken earned his Ph.D. in English from the University of Texas, Austin in 2013.  His dissertation, “Jonathan Swift, Sir William Temple and the International Balance of Power,” examines Swift’s foreign policy writings in an effort to understand the “intersection of culture and international relations in Britain and Ireland in the Restoration and eighteenth century.”

Gertken will use his fellowship to work with Keough-Naughton fellows and make use of the Irish Studies library resources to mine Swifts’ writings on foreign affairs. He looks to connect the dots between 18th century literary culture and international relations.  He anticipates finding here additional evidence that Swift’s Anglo-Irish heritage influenced his foreign policy thinking.

Gertken is the recipient of numerous honors and awards, including the Excellence Dissertation Award and the UT Austin British Studies Program Honorary Junior fellow.

Currently a senior analyst covering political, economic and military interests in the Asian region, Gertken has given several presentations and invited talks on Swift and taught undergraduate English classes at the University of Texas, Austin.  He will soon publish an article “Two Concepts of Balance of Power in Swift’s The Conduct of the Allies.”

Florence Impens received her Ph.D. in English from Trinity College, Dublin in 2013.  The fellowship will permit her to complete a book length study of classical reception in contemporary Irish poetry.  Building on her dissertation, “‘The Answering Voice’ : Classical Intertextuality in the Work of Seamus Heaney, Michael Longley and Derek Mahon, 1990-2010,” Impens intends to create “an overview of the recent and contemporary classical presence in Anglophone Irish poetry in the second half of the twentieth century.” 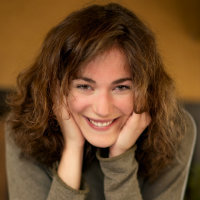 Her work argues that the classics provided a common language between the North and Republic of Ireland during the peace process, becoming “the prime material with which poets could articulate the complexities of cultural identity and their relationship with the island where they were born.”  This timely classical revival “released in Anglophone Irish writers a need to emphasise the transnational dimension of their work, leading them at the turn of the new millennium to develop connections with foreign literatures.”

The Hesburgh Libraries’ Modern Poetry collection and the Institute’s interdisciplinary approach will permit Impens to examine Irish poetry with fresh materials and a historical, political and sociological perspective.   She will benefit from the work of Institute fellow Isabelle Torrance, whose work focuses on Greek tragedy and Ireland.

Impens received her B.A., MA in Anglophone Literatures and MA in Irish Studies from the Université Paris 3-Sorbonne Nouvelle and is the author of numerous published works and conference papers. She has taught at TCD in the French and English departments.

The Fellowship is open to scholars in any area of Irish Studies, granting a stipend of $55,000.  In addition, Fellows are provided an office in the Keough-Naughton Institute and will be integrated into the Institute's life, with full library privileges and access to the Institute's research tools.