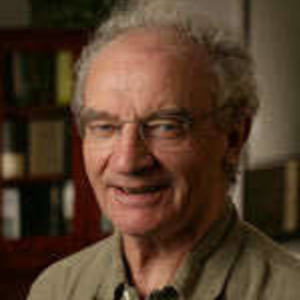 Seamus Deane (9 February 1940-12 May 2021) was Professor of English and the Donald and Marilyn Keough Professor of Irish Studies Emeritus.

When long-time benefactors to Notre Dame Donald and Marilyn Keough gave a generous endowment to the University to establish an Irish Studies program, they also endowed a chair—initially held by Professor Deane—who came from Ireland to Notre Dame in 1993 to join English faculty member Christopher Fox. This was the beginning of Notre Dame's program in Irish studies.

Professor Deane taught both on the Notre Dame home campus and at the Keough Naughton Notre Dame Centre in Dublin. He was a member of the Royal Irish Academy, a founding director of the Field Day Theatre Company, the general editor of the Penguin Joyce, and the author of several books, including A Short History of Irish Literature; Celtic Revivals: Essays in Modern Irish Literature; The French Revolution and Enlightenment in England, and Strange Country: Modernity and Nationhood in Irish Writing since 1790, the last based on his Clarendon Lectures at Oxford. Professor Deane also edited the monumental Field Day Anthology of Irish Writing in three volumes, and published four books of poetry and a novel, Reading in the Dark, which has been translated into more than 20 languages. He was also general editor of a series, ‘Critical Conditions,’ published by Field Day, Cork University Press and the University of Notre Dame Press. His  book, Foreign Affections: Essays on Edmund Burke (2004), is volume 15  of that series. He co-edited, with Krzysztof Ziarek, a collection of essays, Future Crossings: Literature Between Philosophy and Cultural Studies and, along with Breandán Mac Suibhne, the annual Irish Studies journal, The Field Day Review.

For commentary on the life and legacy of Seamus Deane, please see Seamus Deane: In Memoriam.