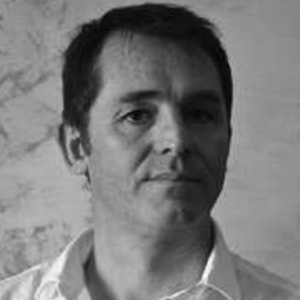 Professor McCrea is scholar of comparative literature and a novelist, whose research encompasses modern literature in English, French, Irish, Italian, and Spanish. He holds concurrent appointments in the departments of Romance Languages & Literatures and Irish Language and Literature.

Professor McCrea received his undergraduate degree from Trinity College Dublin and his Ph.D from Princeton University.

Before joining Notre Dame's faculty, he taught at Yale, where he was appointed full professor of comparative literature in 2012. He is the author of three books: The First Verse, a novel, which won the 2006 Ferro-Grumley prize for fiction and a Barnes & Noble “Discover Award”; In the Company of Strangers:  Family and Narrative in Dickens, Conan Doyle, Joyce and Proust (Columbia University Press, 2011), which won Columbia University's Heyman Prize for Outstanding Scholarly Publication in the Humanities; and Languages of the Night: Minor Languages and the Literary Imagination in Twentieth-Century Ireland and Europe (Yale University Press, 2015), which was awarded the René Wellek Prize by the American Comparative Literature Association for the best book of 2016. In the same year, Charles University, Prague held a symposium devoted to the book.

Professor McCrea directed the 2017 IRISH graduate seminar, held in Rome in conjunction with the Center for Italian Studies, with the theme "Ireland and Italy."

In Spring 2018, he was the Faber Fellow in Comparative Literature at Princeton University, invited by Princeton's Humanities Council.

As a Visiting Fellow at the Long Room Hub Arts & Humanities Research Institute at Trinity College Dublin in Fall 2018, Professor McCrea researched the relationship between economic life and narrative form in European fiction. He also taught a course at Notre Dame's Dublin Global Gateway on James Joyce's Ulysses to undergraduates studying in Dublin.

Professor McCrea teaches seminars at all levels on topics such as James Joyce, the modern European novel, and modern Irish poetry. He regularly offers a large lecture course on Narrative in Fiction and Film. He is currently completing a trilogy of novels tentatively entitled Dalkey.

At the request of the platform ThinkND, Professor McCrea transformed an undergraduate course he developed during the early stages of the pandemic into "Literature and Film in Lockdown," the University's first virtual book club.