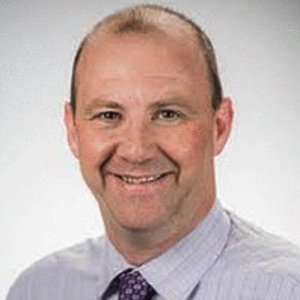 Brian Ó Conchubhair is an Associate Professor of Irish Language and Literature at the University of Notre Dame and a fellow of the Keough-Naughton Institute for Irish Studies and the Kellogg Institute for International Studies.

He has served as Director of the Center for the Study of Languages & Cultures (2013-2020); Executive Director of the IRISH Seminar (2011-2013), and President of the American Conference for Irish Studies (2015-2017). He has been a Visiting Professor at Université Sorbonne Nouvelle-Paris 3, the University of Notre Dame, Dhaka, (Bangladesh), and Charles University (Prague.)

In collaboration with Notre Dame's Office of Community Engagement, Professor Ó Conchubhair initiated a successful program to bring Fulbright FLTAs to South Bend elementary, middle and high schools to teach students a variety of languages and cultures. He also oversees an annual program, funded by the Keough-Naughton Institute, to bring Irish teachers from Mary Immaculate College, Limerick, to South Bend schools. They teach and exchange best practices with their local counterparts while also engaging with ND undergrads on contemporary topics in Irish culture. He led a three year program to develop and expand language teaching and pedagogy at the University of Notre Dame, Bangladesh that led to the creation of a language center at this Holy Cross university in Dhaka, Bangladesh.